Bitcoin (BTC) has long been associated with high volatility, with the digital currency making attempts to become a mainstream financial asset. Despite the volatility, the asset has recorded significant returns over the years, dwarfing traditional finance products.

In particular, over the last decade, Bitcoin has emerged as the best-performing asset in seven out of those ten years. Interestingly, for the three years Bitcoin failed to emerge top, the asset was the worst performing, data shared by investment strategist Raoul Pal on December 13 indicates.

Some of the products outperformed by Bitcoin over the seven years include the S&P 500 index, the Dollar index, and the Fed Balance Sheet.

Bitcoin’s lowest returns have coincided with the asset’s phases of operating in a bear market, such as in 2014 when the Bloomberg Bitcoin Galaxy Index recorded a -57.51% performance, while in 2018, the value stood at -74.28%.

Furthermore, Bitcoin also ranks as the worst-performing asset in 2022, with returns of -61.97%. Notably, Bitcoin’s 2022 performance has emerged with the asset mostly correlating with traditional finance products like stocks.

At the same time, both asset classes have been impacted by soaring inflation and the threat of increased interest rate hikes, pushing investors to the sidelines.

Furthermore, Bitcoin and the crypto market are attempting to recover from a series of high-profile incidents like the Terra (LUNA) ecosystem crash and the FTX cryptocurrency exchange collapse alongside a series of crypto bankruptcy filings. The events have partly resulted in questions regarding the sustainability of the crypto market.

The outcome has also potentially resulted in institutional investors overlooking Bitcoin despite playing a crucial role in the asset’s 2021 all-time high of almost $69,000.

It is worth mentioning that Bitcoin’s performance comes despite the cryptocurrency operating in a highly unregulated environment. Indeed regulatory uncertainty is deemed to impact the asset’s return in the future. However, there is progress from different jurisdictions attempting to enact relevant jurisdictions for the sector.

Besides posting poor returns in 2022, Bitcoin is attempting to end the year on a high, with the flagship cryptocurrency showing signs of a bullish breakout, coinciding with a lowering inflation rate in the United States.

Similarly, as Bitcoin attempts to reclaim the $18,000 spot, the crypto community at over 80% remains bullish about asset prospects moving into 2023. 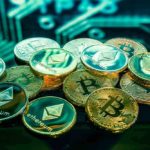