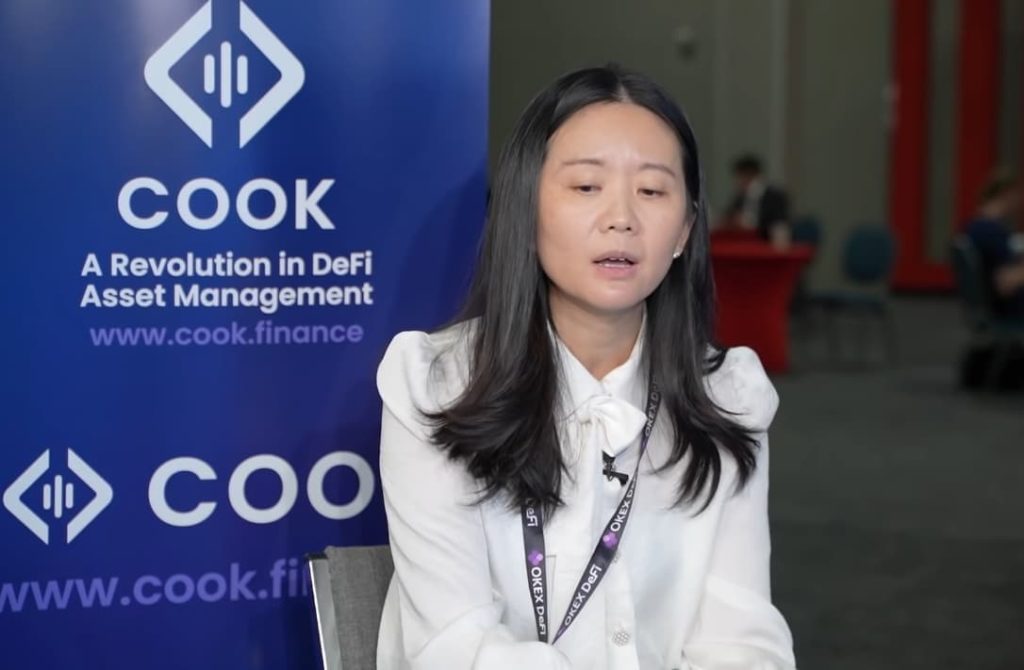 Hong Fang, the CEO of cryptocurrency exchange OKCoin, has said Bitcoin’s price target of $100,000 is still at play despite being vulnerable to market dynamics.

Speaking to CNBC, Fang stated that Bitcoin could surpass the mark if the asset’s fundamentals stay in place without any network alterations.

According to the executive, determining when Bitcoin will hit the record price is challenging, especially with the increased market volatility. She acknowledged that the Bitcoin price trajectory might face competition from other assets jostling for the sector’s capital.

However, Fang suggested that the asset might encounter short-term volatility due to events around the leveraged products and derivatives.

“I still believe that the $100,000 price point is reasonable, but the timing can be a bit elusive because we are at the mercy of market dynamics. <…> The other side of it is also there are assets competing for capital within the crypto space. So I think there’s a lot of elements playing, in the short term, but long term I still think that getting to $100,000 or even a higher price is, shouldn’t be a problem,” said Fang.

In general, for cryptocurrency market players betting on Bitcoin to surge in the future, the $100,000 mark has become the ideal target. According to Bloomberg Intelligence chief commodity strategist Mike McGlone in 2022, investors should expect the asset to form a $50,000 support level and a resistance of $100,000.

Elsewhere, after registering a significant rise in 2021, Bitcoin opened 2022 coupled with high volatility struggling to stay above the $40,000 mark. However, the asset has made a slight recovery, trading at $42,900, making gains of over 2% in the last 24 hours with losses of almost 9% in the previous seven days.

However, following the dips, investors view it as an opportunity to buy more of the asset as long-term sentiments remain bullish. As reported by Finbold, Notably, leading cryptocurrency trading expert Michael van de Poppe has stated that following Bitcoin’s drop below $40,000, the asset had created the foundation for more financial opportunities to emerge.