Just as it looked like the cryptocurrency market was recovering from a months-long crisis, the events surrounding one of the largest crypto exchanges in the world spiked volatility among the tokens that were lulled into a sideways trading pattern, like Bitcoin (BTC).

Indeed, Bitcoin’s at-the-money (ATM) implied volatility (IV) more than doubled during this week, soaring from 50% to 130% before consolidating at multi-month highs of about 90%, according to a chart published by blockchain analytics platform Kaiko on November 10.

By definition, implied volatility is a value that increases in a bear market and decreases in a bull market and is often used to determine how volatile the asset might be in the future, which can be helpful in calculating the probability of the asset reaching a specific price in a certain timeframe.

As for Bitcoin, it had previously earned a reputation as a less volatile asset than some traditional classes, including stock market products like the Dow Jones index, which in early October demonstrated higher volatility than the maiden cryptocurrency. 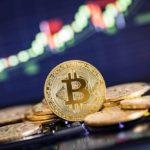 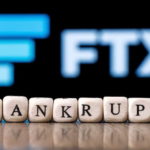 In fact, its volatility was almost at an all-time low in October, consolidating in the $19,000 – $20,000 range after investors started taking BTC off exchanges en masse in what appeared to be a ‘HODL’ mode, as Finbold reported.

That said, the recent crisis has pressured the price of Bitcoin downward in a movement pattern that technical analyst Matthew Hyland compared to that of the battered FTX Token (FTT) in his tweet on November 11.

Earlier, Hyland noted that Bitcoin closed its daily candle below resistance. At press time, the flagship decentralized finance (DeFi) token was changing hands at $17,343, recording a gain of 5.34% on the day but still a loss of 15.79% across the previous week. 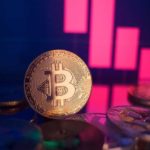 Brownstone Institute founder says Bitcoin could be headed back to $10,000; Here's why