Bitfinex executives deny claims that Tether (USDT) is used to manipulate the price of Bitcoin (BTC).

Tether is a stablecoin pegged 1-to-1 to the US dollar and used as a digital dollar to facilitate transactions between cryptocurrencies. The coin was created by Reeve Collins, Craig Sellars, and the 2020 US presidential election candidate Brock Pierce, who called it a successful experiment of putting fiat currency on a blockchain.

Tether claims that it issues new coins in response to need, but critics argue that the token is used in an elaborate scam to buy and ramp up the price of Bitcoin.

In a 2018 study, researchers from the University of Texas concluded that Tether appears to have been used to stabilize and manipulate the price of Bitcoin, but Bitfinex executives deny the claims.

“Bitfinex nor Tether is, or has ever, engaged in any sort of market or price manipulation. Tether issuances cannot be used to prop up the price of bitcoin or any other coin/token on Bitfinex,” said Bitfinex CEO Bitfinex CEO JL van der Velde in response to the result of the research.

In a new interview with What Bitcoin Did host Peter McCormack, Bitfinex CTO Paolo Ardoino and general counsel Stuart Hoegner again pushed back on the allegations.

They acknowledged that the flagship cryptocurrency is among the reserve assets that Bitfinex uses to back USDT. Still, they dismissed the idea that Tether is issued only to buy Bitcoin. Ardoino reasoned that Bitfinex can use the fiat money it has to buy BTC.

Hoegner also claims that the stablecoin is fully backed by assets that include cash, cash equivalents, and BTC amid reports that only 74 percent of USDT is backed. Ardoino and Hoegner refused to reveal the exact makeup of Bitfinex’s reserve assets, though.

“The bitcoins in reserves are a good amount remaining from the past acquisition that we likely did in 2015/16,” Ardoino said. “The bitcoins, which we bought for a good price in 2015/16, will probably be enough for perpetuity.”

As to why Bitfinex is not hiring outside auditors to conduct a full audit, Hoegner justified this with consulting reports from an accounting firm and a law firm, and a report from Btifinex bankers.

Listen to the full interview below: 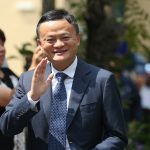 Alibaba is exempt from the U.S. ban, stock rebounds