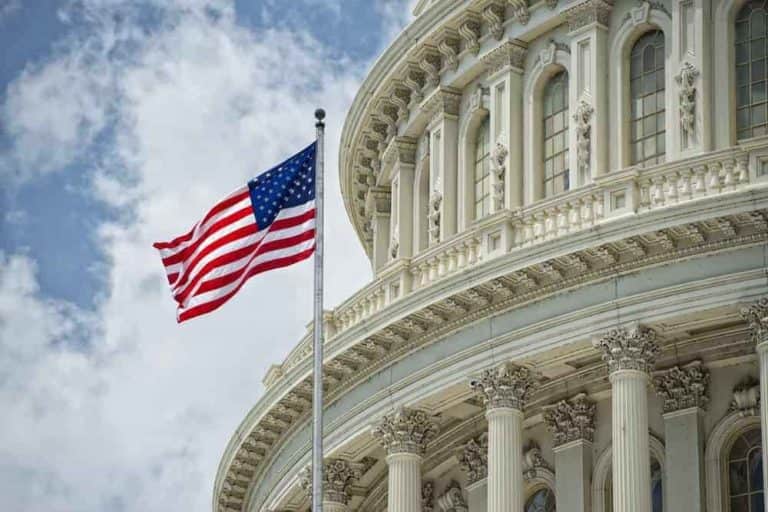 A new report by Bloomberg Intelligence projects that the United States might embrace cryptocurrencies by 2022, inspired by recent happenings in the sector.

The report dubbed Global Cryptocurrencies: 2022 Outlook notes that the U.S. might enact regulations to govern the sector in a bid to stay ahead after China’s increasing ban on digital currencies.

Additionally, Bloomberg states that the growth of non-fungible tokens alongside bullish price projections will potentially push the U.S. to adopt cryptocurrencies. According to the report:

“Incentivized by China’s ban and the proliferation of revolutionary technologies such as crypto dollars and non-fungible tokens (NFTs), we expect the U.S. to embrace cryptocurrencies in 2022, with proper regulation and related bullish price implications. Stable coins may be misnamed, as most of the track the dollar. The unlimited supply of fiat currency should sustain rising prices, notably in Bitcoin and Ethereum, which have limited supply.”

The report also projects that the adoption might follow a potential surge in Bitcoin and Ethereum value due to a continued decline of U.S. Treasury bond yields and low stock returns.

‘Bitcoin to become store of value’

Bloomberg also maintained that Bitcoin is in the process of becoming a store of value while acknowledging that the asset is still in its price discovery phase. However, it notes that if the stock market drops, Bitcoin and cryptocurrencies will generally come out as winners.

On Bitcoin’s price projection, Bloomberg stated that the maiden cryptocurrency is on course to hit the $100,000, and diminishing supply will be the main catalyst. Additionally, the report authors expect Bitcoin legal tender declaration in El Salvador to influence the price movement in 2022.

Bloomberg’s projection comes as leading crypto executives appeared before the United States Congress to discuss the regulation of digital currencies. As reported earlier by Finbold, Coinbase Chief Financial Officer Alesia Haas warned that the U.S. needs to adopt crypto regulations or risk losing gains made in the sector.

According to Haas, an effective regulatory framework could push crypto activity underground or offshore exchanges.

Although the United States has no clear legal framework to govern cryptocurrencies, several crypto-friendly leaders have called on the government to develop the sector.

For instance, Miami Mayor Francis Suarez has previously stated that the U.S. needs to mine more Bitcoin due to national security reasons. Notably, at the time, most of the mining activity was carried out in China.

In line with the global crypto regulation, the International Monetary Fund has released guidelines that should govern the digital currency legal framework.