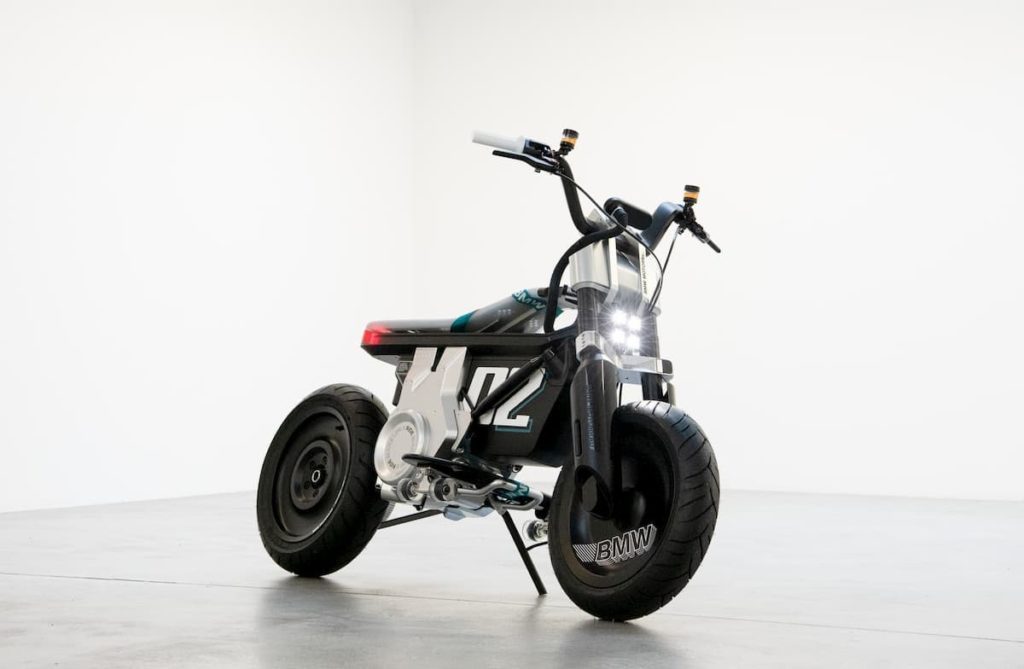 A week before IAA Mobility 2021, BMW Motorrad unveiled a fresh interpretation of smart, urban single-track mobility with the Concept CE 02. As a mobility option, the electric vehicle concept is neither a classic motorbike nor a scooter – it is both thrilling and dynamic.

“At first glance, there is little about the BMW Motorrad Concept CE 02 that is typically BMW Motorrad – it’s something completely new. We want to strive for something novel and be pioneers – which is what we’ve proven ourselves capable of with various projects in the past.”

The Concept CE 02 has fresh dimensions and modern single-track mobility in an urban environment. Additionally, the design team aimed for a level of originality that has never been seen previously at this level. For Heinrich, usability was vital, but the emotional component and enjoyment of riding were fundamental.

Furthermore, its compact design, and lightweight nature make it modest, minimalist, light, and easy to maneuver around. These features make the scooter appealing to younger gen-Z consumers who perhaps have never ridden a motorcycle before but are open to experience, digital technology, and, most all, blending mobility with comfort.

Because it’s such a lightweight electric vehicle, the BMW Motorrad Concept CE 02 is perfect for urban use. It offers a high entertainment factor but a simple yet sophisticated way to get around. Despite its 120kg weight, the CE 02’s 11Kw power could propel it to a top speed of 90km/h. On a single charge, the two-wheeler can travel 90km, which is ideal for a scooter that’s primary purpose is to whizz through city traffic.

“We wanted to develop an easily accessible two-wheeler for everyone who wants to be mobile and independent.”

Concept CE 02 is, as the name implies, only a concept. BMW Motorrad hasn’t announced any plans for a production vehicle. In light of the fact that certain electric motorbikes already seem futuristic and cutting edge, this scooter may have a shot on the market in the future.

According to BMW Motorrad’s announcement, the company’s 2022 line-up will include a futuristic-looking CE 04 model, which raises expectations that a production version of the CE 02 will come eventually.