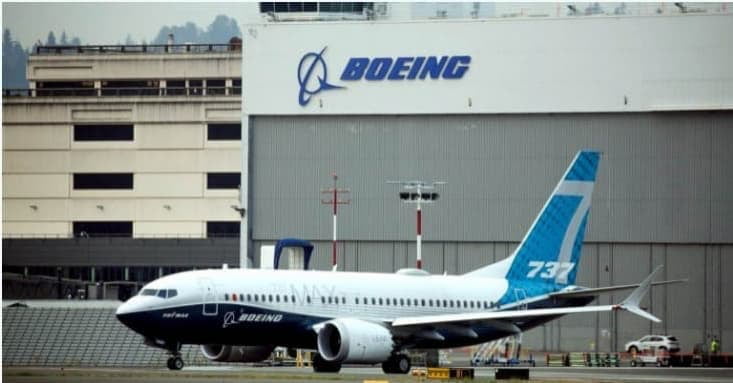 A Boeing 737-800 operated by China Eastern Airlines (NYSE: CEA) crashed in the mountains of southern China with 132 people on board causing the BA stock to plummet.

Immediately after the disaster, Chinese state media said that the airline has grounded its entire 737-800 fleet, which according to a flight monitoring website consisted of 109 such aircraft.

At the close of trading on Friday, March 18, shares of the Chicago-based firm were at $192.83, however at the time of publication, they were trading down at $185.19 around -4% as a result of the news, after initially dropping as much as 8% premarket.

Elsewhere, shares in China Eastern Airlines in Hong Kong fell 6.5% when the news of the disaster surfaced, while its shares in the United States fell 7% on Monday after the tragedy was confirmed.

There was also a drop of 1% to 4% in the stock prices of airplane parts suppliers Spirit AeroSystems Holdings Inc, Hexcel Holdings Corp, and Triumph Group, Inc. (NYSE:TGI).

The popular version is a forerunner of Boeing’s 737 MAX, which is awaiting regulatory permission in China, the world’s biggest domestic aviation market, before being introduced there.

Finbold reported back in September 2021 that China’s airlines were anticipated to acquire 8,700 planes from Boeing over the next two decades, for a total of $1.47 trillion.

Furthermore, according to Boeing, China’s aircraft fleet would need commercial services worth around $1.8 trillion over the next decade, suggesting that BA may experience increased demand in the future as the latest disaster may impact the MAX’s recertification in China where it has been grounded for three years following the two fatal crashes in Ethiopia and Indonesia.