The Brazilian city of Porto Alegre has officially added Bitcoin Pizza Day to its annual festivities calendar, which will be marked every May 22.

The decision was made after councilors Jessé Sangalli and Alexandre Bobadra participated in a commemorative event on May 22, 2022, where they gained knowledge on the significance of Bitcoin (BTC) alongside the milestones achieved over the years, LiveCoins reported on October 12.

According to councilman Sangalli, who presented the bill, his goal was to drive visibility to the decentralized finance innovations in the city with about 1.5 million people. The city’s mayor Sebastião Melo is credited for approving the bill towards the end of August.

“This PL will bring visibility to cryptocurrencies and signal that our city supports technological innovation and has its eyes on the future. At worst, the PL is innocuous and even helps to take time off the agenda of other legislation that generates costs to the treasury or reduction of freedoms and, at best, will help bring the cryptocurrency debate to the general public,” said Sangalli.

The origin of Bitcoin Pizza Day

Notably, Bitcoin Pizza Day remembers the date when a BitcoinTalk forum user, identified as Laszlo Hanyecz, offered 10,000 BTCs for two pizzas on May 22, 2010. At the moment, Bitcoin was valued at $0.0025.

By press time, the amount would be valued at around $207 million. Consequently, the day has gained prominence among crypto proponents since it was the first time Bitcoin was utilized as a medium of exchange.

It is worth mentioning that Bitcoin has since evolved and is being incorporated into payment systems globally. However, the asset’s major win emerged after El Salvador became the first country globally to declare Bitcoin a legal tender.

In this line, several countries have contemplated going the same route, but the talk has since cooled down thanks to the extended bear market. At the same time, Bitcoin can potentially be used as a payment, considering that different jurisdictions are working on laws to bring clarity to the crypto sector. 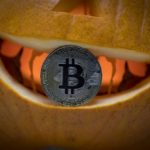