Despite the cryptocurrency market going through a bearish trend, cryptos are becoming more popular and adopted around the world as an alternative to traditional assets, with some countries looking to accept them officially as means of payment.

Indeed, Brazil might see Bitcoin (BTC) and other cryptocurrencies adopted as a payment method in the near future after a Congressman introduced a bill recognizing them as such on June 10.

Specifically, Federal Deputy Paulo Martins presented a detailed legislative proposal to the members of Brazil’s National Congress, which would complement the country’s existing law, adding Item 14 of the Article 835, with suggested wording that defines crypto:

“Crypto assets, understood as digital representations of value that, not being money, with their own unit of measure, traded electronically through the use of cryptography and in the context of distributed ledger technologies, used as a financial asset, a means of exchange or payment, an instrument of access to goods and services or investment.”

According to Martins, the legislative proposal is based on the proposals made in the Tax Law by specialists with extensive academic experience and within the scope of the Center for Tax Studies of the Brazilian higher education institution Fundação Getulio Vargas (FGV) – its São Paulo law school branch, and the discussions in the project “Administrative, Judicial and Tax Enforcement of the 21st century.”

Brazil following in the footsteps of El Salvador and CAR?

Brazil’s legislators are now expected to deliberate on the bill, the adoption of which could mark a major step toward making Brazil the next country on the list of those introducing Bitcoin as legal tender, right after El Salvador and the Central African Republic (CAR).

In late May, Finbold reported on one of Brazil’s major real estate developers introducing Bitcoin as payment for apartment purchases, despite the country’s Central Bank not yet recognizing digital assets as a form of payment.

Moreover, the country is also a pioneer in approving the launch of the world’s first decentralized finance (DeFi) exchange-traded fund (ETF), having done so in January 2022. The ETF launched on the country’s B3 stock market in February. 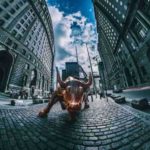