In an exclusive interview with Finbold, Remigijus Zinys, the CEO of gamified social platform Breach.gg, delved into some of the barriers facing metaverse games from matching up to regular ones. He cited some of the targets metaverse games need to meet before they can outshine existing games.

During the interview, Zinys shared some tips on how gamers can monetize their craft and transform the activity into a money-making venture as well as concentrating on the basic principles of gaming. He also discussed the existing stereotypes around gaming and the best approach to managing the notions.

Before we dive deeper, would you mind briefly explaining to our readers what is Breach.gg and what’s the goal behind it?

“Breach.gg is a social platform for gamers with a matchmaker seeking to meet the needs of players who want to have quality time online. Our mission is to improve the online gaming experience by allowing users to find the best teammates, fighting toxicity, and gamifying the online presence.”

You claim, ‘Breach is the first gamer-orientated social network that allows to store content on blockchain’ and also ‘help gamers have a better online experience.’ Why gaming? Are you personally a gamer? Is Breach.gg a result of your passion for computer games?

“Our team and I myself are all vivid gamers, with many of us playing video games for decades already. For me, gaming always was about discoveries – new graphics and physics, new stories and worlds to explore, and new communities and people to meet. It was something that always got me excited – and thus, a desire to share this passion with others grew.

Previously, I founded Spacebar.gg, which became a community for gamers and made me wonder how to help everyone have a better time playing online – as many have shared their struggles and frustration of playing with strangers online. Thus Breach.gg was born – to help gamers have better online gaming and socializing experience.”

What’s the main reason behind choosing to build a gamified social platform on the blockchain? The internet is already full of various Web3 games built using blockchain technology. How do you differ?

“When we were outlining what a Breach.gg is, one thing stood out as of the highest importance – giving control of the data to the user. Thus choosing blockchain as the foundation of the platform was a no-brainer. It allows us to change ownership of digital items easily, be that in-game items or social platform posts.

Breach.gg is built on blockchain not for the purpose of following trends or allowing for quick profits, but to bring control of data to the users themselves.”

Which product of yours is the most exciting and brings new winds into the global gaming sector?

“It is easily the miniverse concept! A single avatar for all online activities, whether creating content or gaming. On Breach, no time spent online goes to waste as everything adds progress to the user’s profile allowing them to level up and receive various rewards.”

In society, there’s a stereotype that computer games are harmful and have plenty of negative outcomes. What’s the real ‘science’ behind this stereotype? Should we let our kids play computer games? How to choose a safe gaming environment for children?

“Many people have their impression of video games made by disinformation. Without proper context, they do not see gaming as a hobby. People fear the unknown; instead of trying to see the good in video games, they try to further strengthen their negative opinion. This reminds me of the 50s when comic books were banned as they were blamed for increased crime rates among the youth yet had nothing to do with that.

I believe that video games can be one of the best activities for kids if properly moderated. They can help develop problem-solving and pattern-recognition skills and become a way of socializing. There are more and more stories about how parents bond with their children when playing together – it is a perfect way to have quality time together by trying to overcome various challenges or solving puzzles in virtual worlds.

Of course, there are many games that may not be suitable for children. And there are various ways of choosing which games are a good fit for a youngster – viewing through marketing material, checking reviews online, and finally, playing it yourself to see whether your child should play it; as many gaming platforms allow for refunds, the latter way is something that more and more parents are highly suggested to do – there is no better way of moderation that trying it yourself!”

When do you plan to launch your product for gamers globally, and could they test Breach.gg by themselves?

“At the moment, our social platform MVP is in closed testing for investors and partners, with some of the features still in development. The alpha release is planned to happen at the end of Q1 of 2023, yet the time is not set in stone as we are building it from the ground and may run into some unexpected difficulties.

Our native game, Project Apidom, which will further establish the miniverse aspect of the platform, is also planned to have its alpha release in Q1 2023. During the alpha release, the game is currently planned not to support crossplay, but the final release will be both on PC and mobile with fully supported crossplay across both platforms.

What would you advise for those gamers who would like to earn money while playing computer games – can it be a viable source of income, or should they drop it? What would be your top three tips on gaming?

“From my perspective, gaming by itself is not a proper way to earn money. Playing video games does not create any real value, and such an income model is not self-sustainable, as we saw with Axie Infinity which provided income only because of constant investments. Gaming is a way of entertainment, but for now, definitely not a way of earning money.

On the other hand, creating content by either making videos, streaming, or writing can definitely earn some money – as it creates value and product that other people are interested in. Yet I would suggest avoiding monetizing gaming itself as it would simply transform video games into another form of labor, taking away the excitement and appeal as a hobby.

Gaming is something we do to have fun. So I believe that we should concentrate on that and three things that gaming can do – educate, entertain, and help to socialize.”

Metaverse is now a trendy topic within the gaming industry. In your opinion, can metaverse games outshine regular games? What does the future hold for the metaverse as a whole?

“In my opinion, “metaverse” games are very far away from regular ones when it comes to all aspects – graphics, mechanics, story, and characters, amongst other things. Meta (NASDAQ: META) is spending billions of dollars to create a viable metaverse yet struggles to match what Second Life did two decades ago. There is still a very long way to go until metaverse games at least catch up, not even talking about outshining regular ones.

And while right now, metaverse looks so immature, it reminds me of the old Internet that is so unimaginably away from what we have today. At the moment, we can create products and miniverses to prove to the public this is a concept worth working on and with time, resources, and a growing community, the vision of the metaverse as we imagine it will become a reality. Ideas are there – it is time for technology to catch up.”

Finally, in light of all we’ve discussed about gaming, what are your top five favorite games of all time, and why?

“Diablo 2. It offered such a jaw-dropping amount of various ways to build characters already back in the day. Even now, the available skills and abilities are still impressive to me.

Borderland series. Because of the unique games’ atmosphere. It is gritty, sorrowful, and at the same time, so frantic and reckless, so well depicted with those cel-shaded objects, colors, and art style – it is a unique series that has a special place in my heart.

Witcher 3. Incredible graphics for the time of the release and an immersive story. Playing the game makes me feel like I am Geralt himself, exploring a huge world and a believable story that just feels so natural.

Kingdoms of Amalur: Reckoning. Graphics (considering they are from 2006), combat mechanics, and intricate crafting system (items also looked gorgeous!). I think it’s really an underrated game that was unfortunately overshadowed by Skyrim.

Heroes of Might and Magic 3. It is the game that I played in my childhood. It was complex and challenging, pushing young me to the limits – and the feeling of a challenge has since remained something that I strive to find in video games.” 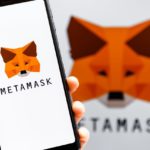