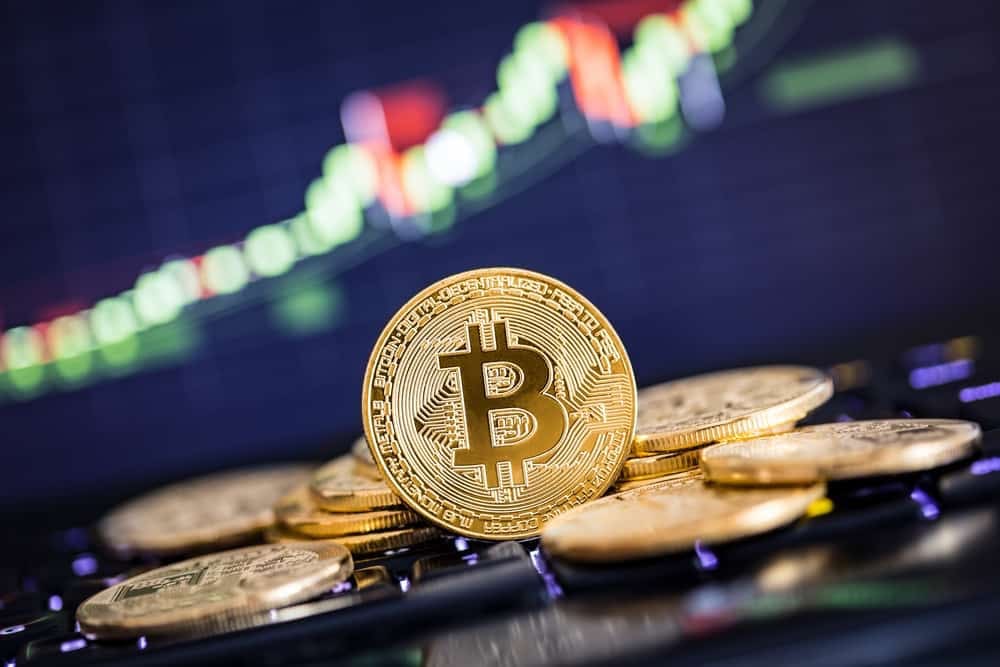 As a result of the recent approval for the trading of Bitcoin futures exchange-traded funds (ETFs) and rising inflation worries across the globe, Bitcoin climbed near its all-time high early on Monday, trading at $61,280.

Notably, on Friday, October 15, 2021, the flagship asset rose above $60,000 for the first time since April, triggering a market-wide increase in the cryptocurrency as investors braced themselves following the U.S. Securities and Exchange Commission (SEC) announcement of a Bitcoin futures ETF.

The spike was originally driven by speculation that surfaced before the SEC’s initial statement that it would approve the first Bitcoin ETF as early as Monday, October 18. Currently, the flagship digital asset is up 0.14% in the last 24 hours and 8.56% over the previous seven days.

In addition, recently it was announced that the first Bitcoin futures ETF with the ticker BITO, will be launched by ProShares on Tuesday, October 19, according to a tweet from the Bloomberg Terminal Twitter account, with The New York Times verifying the accuracy of the information.

Meanwhile, there was a significant increase in the amount of money invested in Chicago Mercantile Exchange (CME) Bitcoin futures contracts on Friday as the SEC approved futures-based ETFs tied to Bitcoin.

The move is likely to lead to wider investment in digital assets as Bitcoin futures will enable investors to speculate on the price of BTC without actually purchasing any of the asset, and they will be less volatile than investing in the currency itself.

Nevertheless, a futures ETF is not the same as a conventional exchange-traded fund, which crypto supporters have been advocating for. A traditional ETF provides investors with exposure to the underlying asset, in this instance Bitcoin, while a Futures ETF enables investors to speculate on the asset’s price.

It’s worth mentioning that some crypto experts believe that Bitcoin will hit a new all-time high by November, with the same price prediction model predicting that it will hit six figures by the end of the year 2021.

Before a potential price discovery phase, all-time highs of more than $65,000 will likely act as the next resistance level to be tested.

Despite an epic rise in the price in recent weeks, the BTC balance on exchanges has stayed at its lowest level in nine months, indicating that investors are holding the digital currency in their wallets rather than planning to sell.

“We are going to ATH’s across all major crypto soon. Please, no last eyes, hubristic “told you so” or “I’m so amazing” posts or counting every thousand as we go. Just chill and let the number go up.”

The global cryptocurrency market is also nearing its all-time high, having reached a value of more than $2.5 trillion on Monday morning. With substantial increases in many major cryptos over the past week, including Ethereum (ETH), Binance Coin (BNB), and Polkadot (DOT), fueling the move.

Presently the market is trading in the red; at the time of writing, down 0.48% from the previous day at $2.48 trillion, although its value is worth more than the world’s most valuable company Apple Inc. (NASDAQ: AAPL).