In the first half of the year, Warren Buffett’s Berkshire Hathaway Inc. (NYSE: BRK.A) acquired millions of additional shares in numerous firms.

All the moves were made public in a 13F filing released on August 15 after the market closed. The filing showed that Berkshire was busy buying and increasing its stakes in Ally Financial (NYSE: ALLY), Occidental Petroleum (NYSE: OXY), Activision Blizzard (NASDAQ: ATVI), Markel (NYSE: MKL), and McKesson (NYSE: MCK) and exited stakes in Verizon (NYSE: VZ) and Royalty Pharma (NASDAQ: RPRX) during Q2.

Buffett increased his stake in ALLY, the auto lender and online bank, to roughly 30 million from the 800,000 shares shown during the last filing. Additionally, Berkshire’s holdings in ATVI, a video game production company, increased to roughly 68.4 million shares from the previously held 64.3 million shares.

Furthermore, the purchase of ALLY and ATVI represented Buffett’s latest moves in the first half of the year.

ALLY has been trading in the $31.68 to $36.27 range in the last month, seeing a positive short-term trend. ALLY is an average performer in the Consumer Finance industry, and it outperforms 40% of 54 stocks in the same niche.

Elsewhere, ATVI is currently trading in the upper part of its 52-week range, with both the short-term and long-term trends looking positive. Over the past month, the trading range was between $77.18 and $81.31.

Due to Buffett’s reputation and often clairvoyant approach to the markets, investors often track every move he makes, intending to copy him from time to time.

During Q2, Berkshire spent roughly $6.2 billion compared to $51 billion in Q1; regardless, Buffett’s activity can instill confidence in market participants as they see one of the greatest investors bet on the markets yet again. 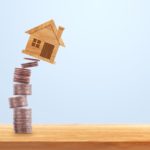