Popular video game Call of Duty: Warzone players have been targeted by cryptocurrency mining malware disguised as a cheat code.

According to Activision, the malware came to light in March when a hacker advertised on hacking forums a newbie-friendly cheating way. The cheat would easily spread a remote access trojan (RAT).

The hackers claimed that the malware would offer a threat actor remote access to the targeted player.

The report adds RAT emerged as a trainer that helps players activate several cheats codes for the Call of Duty: Warzone. Activision clarifies that players who fell for the scam ended up downloading a malware dubbed ‘Dropper.’

The software acts as a channel for installing more damaging viruses on users’ computers. In the end, the malware secretly siphons data from the target computer.

The hackers went ahead to advertise their malware as an “undetected cheat for COD WARZONE. They published YouTube videos with tutorials calling for gamers to give the RAT high system privileges.

“The actor’s suggested method for convincing the victims to disable their protections is made significantly easier by advertising their RAT as a video game cheat. It is common practice when configuring a cheat program to run it with the highest system privileges,” the report said.

Worth noting is that a popular game like Warzone is common with cheats and exploits, but the company has been keen on rooting out malicious actors.

In March, Activision banned about 30,000 cheaters from the platform as traditional hackers exploit players looking for an edge. 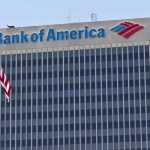