Tax shelters have always been appealing to those who are creative about managing and maximizing their finances. And yes, contrary to popular belief, using a tax shelter does not equal tax evasion.

What is a tax shelter?

A tax shelter is simply a way to minimize your tax liability by taking advantage of specific investments that may be subjected to lower tax rates — or sometimes none at all.

It can be an intricate process, and it’s one that requires careful, close attention. But done correctly, it’s perfectly legal.

Typically, people look to the workplace and health-related savings, private businesses, or even real estate investment as potential tax shelters. In all of these areas, it can be possible to store wealth in a way that frees it partially from burdensome tax rates.

Additionally, some have recently begun to wonder if cryptocurrency, specifically, Bitcoin, might also function as a tax shelter.

Can Bitcoin be a tax shelter?

Bitcoin represents a relatively new type of investment opportunity and has recently begun to look like a more stable option for traders.

Investors trading Bitcoin have seen it’s price performance for the entirety of 2020 (save the economic crash in March, from which it swiftly rebounded) remain relatively strong.

The asset that has, in the past, been known for unpredictable swings seems to have settled into a range with a relatively reliable floor.

It’s still volatile in comparison to many other assets. Yet, Bitcoin’s recent performance is causing more people to consider the idea of investment.

It seems that people are getting more comfortable with the idea of long-term investment, as opposed to the regular trading that has long occurred in crypto markets.

MicroStrategy founder and major investor Michael Saylor just recently suggested that bitcoin “scales fine” as a store of value — a phrase indicative of long-term Bitcoin holdings, rather than short-term trades.

As more people consider this idea, it is worth considering whether or not Bitcoin is worth it as a long-term means of storing wealth and whether it can also legally lighten the taxation burden.

Can Bitcoin be a legitimate tax shelter?

Unfortunately, though, there is no clear yes-or-no answer. Instead, it depends on where you live or where your Bitcoin holdings are.

In theory, you could argue that Bitcoin makes a great tax shelter. First of all, It’s an investment that governments worldwide have long regarded as being, essentially, fake. In other words, if governments don’t recognize the legitimacy of an asset, it doesn’t seem as if they’d bother taxing gains associated with it.

While it makes sense, it’s not quite as simple, though. Some governments can suddenly impose harsh penalties on improper cryptocurrency dealings — including failure to handle taxes appropriately.

Last year in Hong Kong, the government threatened a HK$500,000 fine or five years in prison for “fraudulent crypto trading.”

This appears to be associated with false trade descriptions, “aggressive commercial practices,” and a few other shady operations; it was not explicitly made clear that tax issues would be assessed as “fraudulent trading.”

However, it was clarified at the same time that gains from crypto trading are subject to tax and will be evaluated on a “case-by-case basis.”

This is an example of how the exact situation surrounding Bitcoin taxes is murky. Therefore, it’s essential to do thorough research, rather than assume cryptocurrency can function as a shelter.

There are countries where Bitcoin is associated with significant tax exemptions, and can thus be used as a shelter.

At the same time, it doesn’t mean that Bitcoin is simply not taxed in any of these countries. But it does mean there are favourable situations to be found.

For example, Japan’s policy is to tax Bitcoin profits, but not holdings.

To sum up, there is no universal answer to whether or not Bitcoin and other cryptocurrencies can serve as tax shelters.

Policy toward cryptocurrency varies from one place to another and evolves frequently. Thus, it’s important to do your research and keep an eye on the evolving cryptocurrency market. 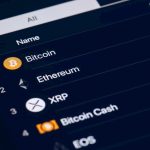