While there have been many struggles in the Canadian capital recently, smiles were shared on camera when some Bitcoin donated to the ‘Freedom Convoy 2022’ made its way into the hands of a truck driver during a livestream.

On Friday, February 18, Tim Pastoor was sitting in the truck of a protester discussing the campaign against Canada’s Covid-19 restrictions when the trucker was handed an envelope with $8,000 Canadian Dollars of Bitcoin inside.

The trucker was told:

“There’s $8,000 of Bitcoin in here. As soon as the banks shut down we had some big donors that needed to get Bitcoin to the truckers. Basically open it [the envelope] up. There’s instructions all you do is a recovery code, it will tell you to download Blue Wallet, which is what the recovery code is for.”

Not your keys, not your coins

After Canadian Prime Minister Justin Trudeau invoked the Emergencies Act, truckers have been urged not to utilize a centralized cryptocurrency exchange in order to cash out the Bitcoin they received, as the funds are subject to a Mareva injunction, and violating that order is a criminal act.

“It is absolutely essential that any truckers who received Bitcoin yesterday from @HonkHonkHodl do not attempt to cash out using a centralized exchange. These funds are subject to a Mareva injunction and violation of that order is a criminal act.”

Likewise, the Co-founder and CEO of the crypto exchange Kraken, Jesse Powell, urges people to take their coins out of custodial wallets amid the ongoing developments in Canada if Kraken is put in a position where it is told to freeze assets by police without judicial consent.

“If you’re worried about it, don’t keep your funds with any centralized/regulated custodian. We cannot protect you. Get your coins/cash out and only trade p2p,” Powell said.

Meanwhile, Russian-Canadian founder of Ethereum Vitalik Buterin said that Canada’s use of banks to quash protesters is “dangerous.”

Speaking with CoinDesk, Butering stated that the attempts by the Canadian government to stop the flow of cash to protesting truckers in Canada underlines why cryptocurrencies exist.

“If the government is not willing to follow the laws … [and] give people a chance to defend themselves…and they just want to talk to the banks and basically cut out people’s financial livelihoods without due process, that is an example of the sort of thing that decentralized technology is there to make more difficult,” Vitalik said.

“This concept of going after intermediaries and using intermediaries to bypass all that, it is dangerous <…> Having decentralized alternatives to an intermediary is a good way to limit the damage.”

Notably, Canadian police blocked over 30 crypto wallets associated with the ‘Freedom Convoy’ truckers earlier this week after crypto became one of the critical ways of contributing to the truckers following GoFundMe’s decision not to distribute $9 million raised on its platform. 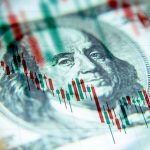