Cardano (ADA) has witnessed significant growth over the previous year, as seen by the rise in the number of wallets holding the network’s native currency, ADA, during the same period.

Notably, in the last month, Cardano has added almost 100,000 wallets to its network as the number just continues to rise. Indeed, on March 17 ADA had 3,159,444 wallets, adding a total of 93,630 between April 17 when the number stood at 3,253,074, according to the statistics from Cardano Blockchain Insights.

In particular, the increase in the number of wallets in the last month coincides with the network’s fast growth. The Cardano ERC-20 Converter will go live on Mainnet on April 18, 2022, and it is a pretty big deal.

In order to “expand the variety of use cases for application developers and businesses”, Cardano would “support the ERC20 token migration to its platform”.

After the implementation of the Alonzo hard fork, which enabled support for Plutus smart contracts, it was hoped that token holders of supported Ethereum tokens would be able to transfer their tokens away from Ethereum’s network and take advantage of Cardano’s increased transaction capacity and lower fees, while also benefiting from enhanced security, lower costs, and interoperability on Cardano. 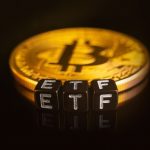