The Cardano (ADA) network had a significant update in September 2021, which included the incorporation of smart contract functionality, making the blockchain capable of faster scalability and performance.

With the latest Vasil hard fork on the horizon, Plutus Scripts (a Cardano-based smart contracts platform) has hit over 3,000 smart contacts. According to data acquired by Finbold, the number of smart contracts on Cardano reached the 3,002 mark on August 1, as per statistics from Cardano Blockchain Insights.

In particular, the graph represents Plutus-based smart contracts that are now operating on the Cardano blockchain; as of August 2, the number of smart contracts stands at 3,015.

With the impending Vasil hard fork, Charles Hoskinson, the founder of Cardano, provided a response in reply to claims that the planned deployment of the Vasil hard fork may be detrimental to the smart contract functionality of the network.

In July, Hoskinson said that the network has taken the necessary safeguards to assure that smart contracts are compatible with the changes, hence eliminating the need for re-writing.

He said that the assertions were brought forth by so-called “trolls,” whom he referred to as ‘stupid’ and accused of spreading ‘FUD’ while stressing that the smart contract will continue to operate as intended.

On August 1, Hoskinson reassured users that he does not anticipate further delays with the Vasil hard fork and that the upgrade is undergoing final testing.

The Carfano creator noted things are moving in the right direction ‘steadily and systematically.’

“We’re kind of in the final stages of testing in that respect. So unless anything new is discovered, I don’t anticipate that we’ll have any further delays.”

He added that only a few ‘edge situations’ need to be fixed, and the Cardano team will hopefully be ready to deliver an update with more news around the middle of August. 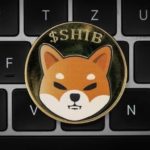