As Cardano (ADA) continues its steady bullish advance this week, long surpassing the coveted $1 price point, its market capitalization has followed suit, experiencing a surge of over $10 billion in only seven days.

Notably, the decentralized (DeFi) asset recorded a market cap of $39.45 billion at press time, which is a 37.46% increase since one week before, when this metric stood at $28.7 billion, according to CoinMarketCap data.

In other words, the largest Proof-of-Stake (PoS) network has received an influx of $10.75 in market value in just seven days and is currently the seventh-largest cryptocurrency by this indicator.

It’s worth mentioning that ADA had been forming its seventh straight monthly red candle earlier this month before the market sentiment around the asset as more investors began to buy Cardano.

On top of that, Finbold has earlier reported on the official announcement that Coinbase had made on March 24, stating that the crypto exchange had expanded its staking offerings to include Cardano.

Cardano TVL is on the rise as well

Elsewhere, the Total Value Locked (TVL) of Cardano has been rising steadily since January 21, hitting $318.18 million on March 24. In the last 24 hours, it has recorded an increase of 1.62%, according to the data from analytics platform Defi Llama.

Moreover, Finbold had earlier reported on the Vasil hardfork, announced for June, which the Cardano team promises will give a major boost to the platform’s transaction throughput, and with it, increase volume and liquidity.

Considering the combination of multiple positive developments for Cardano, including the rising market cap, price, and TVL, as well as the upcoming major upgrade, it’s no surprise that many market observers expect further growth of the ecosystem as a whole. 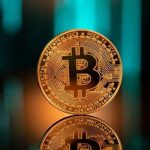