On Wednesday, November 2, shares of Cardlytics (NASDAQ: CDLX) fell to a new all-time low when the firm disclosed disappointing financial results for the third quarter ending on September 30, 2022, which missed revenue estimates.

Meanwhile, the number of its monthly active users, defined as customers who make transactions using Cardlytics’ financial partners, increased by 8% to 185 million. On the other hand, the management team noted a slowdown in Q3, and they anticipate that the trend will continue in Q4.

“We are dealing what’s a pretty significant pause by advertisers, pretty broadly that was not expected…I don’t think we anticipated the broad slowdown that was going to occur in Q4..was certainly worse than what we expected”

“We delivered solid double-digit growth despite the serious challenges present in the economy. There is a large opportunity ahead of us, and we will be disciplined in Q4 and beyond.”

So far, Cardlytics has drastically underperformed the market this year, and the medium and short-term pictures are currently negative. Volume has increased significantly in the previous several days, and this, together with the sharp decline, is a negative indicator.

Technical analysis shows that CDLX does not present a quality setup at the moment, given that prices have been extended to the downside lately, and it is trading below all daily moving averages. Thus, it would be prudent to wait for some consolidation for traders looking for a solid entry.

The view on Wall Street is mixed, with three analysts split right down the middle of the stock, with one suggesting to buy, another to hold, and the last advocating to sell, giving a consensus overall ‘hold‘ rating.

Over the next year, the analysts estimate an average price target of $11.33 based on the stock ratings given to Cardlytics over the past three months. The target represents an increase of 151.22% from the current trading price of $4.16. Notably, the current CDLX share price is also lower than the lowest price target of $10.

Looking to Q4, the management team is projecting revenue between $80 million and $90 million for the next quarter, which would be around the same at best, so there is nothing to write home about.

With that being said, the fourth quarter of 2021 set a new revenue record, making it difficult to compare to the previous year’s performance. However, the company is going to have to contend with some hurdles going forward.

Finally, considering that Cardlytics has $138.51 million in cash and equivalents and the stock trades at a slight premium to this amount, it may be concluded that Cardlytics is a decent investment opportunity.

However, the company’s stock would only appear to have an attractive valuation, provided that it is successful in returning to growth in 2023. 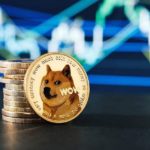