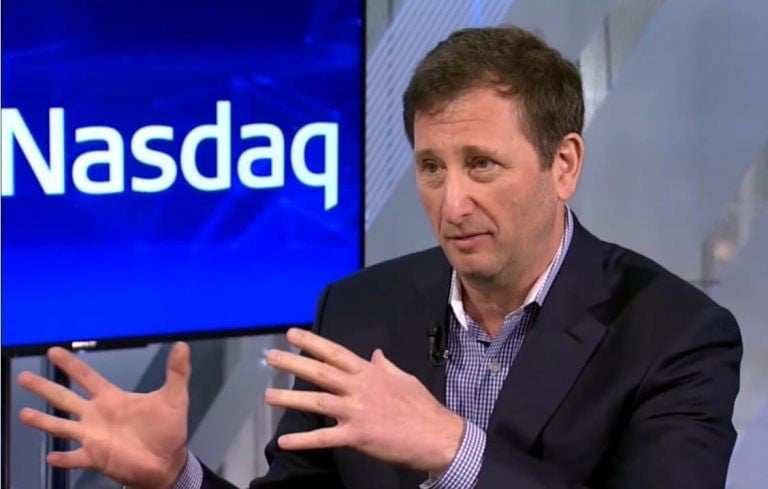 In light of the Federal Reserve’s aggressive tightening policies, which are exerting significant pressure on the United States economy, some experts predict a recession to occur next year.

Speaking with Kitco News, Celsius Network CEO Alex Mashinsky discussed his ideal strategy in this situation is not to resist the Fed, which implies pulling out of the U.S. stock market.

“From the beginning of the year the stock market is down but Bitcoin has actually recovered most of its losses. You’ve seen bifurcation we’re seeing separation meaning Bitcoin is finally starting to behave as a safety asset and that’s why again I’m selling my stocks and I’m buying more Bitcoins.”

Recently, there has been lots of talk about the correlation between Bitcoin, the crypto market, and tech stocks. Mashinsky agrees but now says that it’s time for a separation between the two.

“Why? Because the fed is putting a lot of pressure on the economy by hiking rates and basically instead of putting liquidity into the market and taking liquidity out of the market. With us shutting down the ninth-largest economy in the world Russia that’s a huge recessionary pressure on our economy. So I do expect a recession next year 2023 I don’t think there’s anything the fed can do.”

Mashinsky believes crypto will do well in a recession

Having predicted that there would be a recession next year, Mashinsky has sold his stocks, yet he remains bullish on Bitcoin and the cryptocurrency markets.

To be more specific, Mashinsky believes that both Bitcoin and Ethereum will do very well in a recessionary climate, both in the run-up to and during the recession itself.

“It’s going to escape TradFi. There’s nowhere to put money in all the assets are inflated, real estate, bonds, stocks it doesn’t matter you can’t hide anywhere. Even if you want to buy commodities most commodities are at an all-time high. So where are you going to park your money, the best way to do is to move it over to an industry that is not correlated to the US dollar.”

Finally, Mashinsky thinks that Bitcoin will achieve a new all-time high this year, with the digital asset not too far away from hitting its current all-time high.

The issue is how much resistance Bitcoin will face following this, but he does claim that “we will see Bitcoin over $100,000 this year.”

Watch: Celsius CEO is buying more Bitcoin after prediction of recession in 2023