Following the upheaval that occurred in the middle of June, the cryptocurrency lending platform Celsius Network LLC, is reportedly investigating several possibilities in order to “preserve and protect assets.”

“Across Celsius today we are focused and working as quickly as we can to stabilize liquidity and operations, in order to be positioned to share more information with the community,” the platform announced in a statement that was posted on its blog on June 30.

As per the statement made by the lender, these potential moves might include “pursuing strategic transactions” and “restructuring its liabilities,” among other possible options.

“These exhaustive explorations are complex and take time, but we want the community to know that our teams are working with experts from many different disciplines.”

The speculation that the Celsius platform had become insolvent was fueled by an announcement made by the company on June 12 that it would be halting withdrawals and transfers as a reaction to “extreme market conditions.”

As a result of the news, 1.7 million customers were unable to redeem their holdings, which generated worries that cash might be frozen for an extended period of time.

According to information provided by individuals familiar with the situation who talked with the Wall Street Journal last week, the company has reportedly recruited restructuring specialists from the advising firm Alvarez & Marsal to investigate the prospect of filing for bankruptcy.

Celsius was also reportedly built on high risk, according to information revealed in investor documents.

The lender is experiencing financial difficulties at a time when the cryptocurrency industry as a whole is crashing. In May, the collapse of Terraform Labs’ stablecoin TerraUSD (UST) and its native token LUNA saw a stunning implosion that resulted in a loss of $40 billion.

The attempts of the United States Federal Reserve to combat sky-high inflation via a series of aggressive interest rate rises have been a contributing factor in the crisis. These rate hikes have fanned a bout of risk-off selling of digital assets, which exacerbated the crash.

Prior to the collapse, Celsius had tremendous success in its fundraising efforts. In November 2021, the company raised a total of $750 million in its most recent investment round at a value just north of $3.25 billion.

The company had more than $12 billion in assets under management as of May 2022, and it had given out more than $8 billion to customers as of the same month. 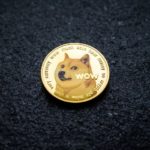