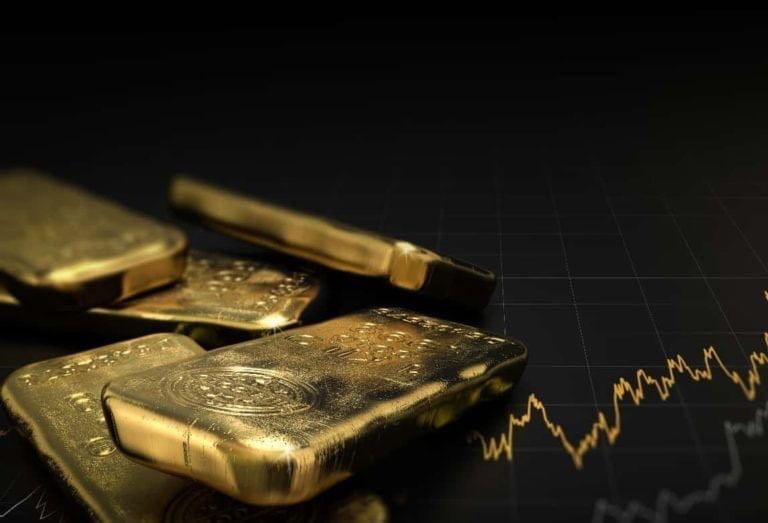 It appears bulls look to be forcing their way back into the gold market in an attempt to regain momentum. Demand for the yellow metal has increased 34% year-on-year (YoY) to 1,234 tones – the highest since Q4 of 2018 and 19% above the five-year average of 1,039 tones.

In ‘alternative’ gold investments, namely gold exchange-traded funds (ETF), the strongest quarterly inflows were seen since Q3 2020, in what appears to be fueled by gold’s safe-haven status amid global economic uncertainty.

The U.S. economy also shrank unexpectedly as stagflation worries hit investors and consumers. With the U.S. dollar index pulling back and crude oil prices rising the anti-inflationary investment could likely be a theme going forward..

Furthermore, the LBMA Gold Price PM gained 8% in Q1, which represents its best performance since Q2 of 2020. The average quarterly price was $1,877.2 which is roughly 5% higher than last year. Gold mine production also continued to shine with China resuming most of the production.

With these solid demand indicators, another element comes into play with gold prices and that is the current macro imbalances that have in a sense distorted perceptions of values and risks. Whether portfolio allocations change dramatically remains to be seen. However, stocks, gold, and cryptocurrency performance might be signaling that changes will occur in this segment.

Commodity prices are spiking, while Europe is being squeezed on energy by Russia which is threatening to append the dominance of the U.S. dollar and the euro by demanding that gas be paid in rubles.

Supply-chain shocks tied to the war in Ukraine along with rising inflation all point to investors opening up their more defensive playbooks and allocating assets defensively. Currently, that is the situation in the metals markets with gold continuing its march forward.