On January 31st, 2020, Chevron (NYSE: CVX) has revealed its operational revenue and overall performance of the fourth quarter of 2019.

The company reported massive asset impairments which were undoubtedly negative and heartrending. Despite this impediment, their financial standing stays unabated, with their gearing ratio at the moment being barely 12.83%.

CVX ended Thursday at $109.49 losing $0.79 (-0.72%), notably underperforming the Dow Indu (0.3%). The bears were in full control, moving the market lower throughout the whole session. Closing within the previous day’s range, the price failed to decisively to move beyond the prior day’s trading range.

Two days before the fourth-quarter report was released, the company had excitedly announced an increase in their standard dividend coverage. Their quarterly dividend grew by 8.40% to $1.29 per share from the previous $1.19 per share, which coincides with 6.20% and 3.70% growth in the last two years. 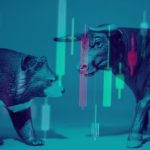 Cryptocurrencies to watch for the week of January 30, 2023 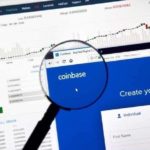 Despite this growth in the dividend coverage, there was a significant drop in commodities that made their net income plunged to a very notable loss, basically caused by non-cash asset impairment.

Chevron’s capital and exploratory expenditure forecast for 2020 was expected to hold steady at 2019 mark which is $20 billion. Therefore, a limited free cash flow of $1.4b was not sufficient to cater to the dividend payments which amounted to $2.3b in the fourth quarter.

Yearly, the free flow cash could cater to its dividend payment as it ticked stronger dividend coverage. The free cash flow of $13.2b was liberal enough to envelope $9b of dividend payments recorded in the yearly time frame.

A stock analyst noted that although the fourth quarter looked dim, it doesn’t determine the overall situation, reiterating the fact that their dividend is still secure based on their strong financial position.

Oil and gas price has significantly been affected as the crude market witnessed a plunge, also geopolitical events like coronavirus held sway on the fourth-quarter results. 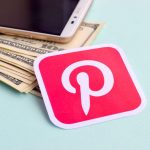