An official of China’s central bank does not recognize that Bitcoin (BTC) and other cryptocurrencies have actual value despite the surging popularity of digital assets.

Yin Youping, the deputy director of the Financial Consumer Rights Protection Bureau of the People’s Bank of China (PBoC) said during a media briefing that these digital coins are purely speculative assets, according to local news outlet People’s Daily Online.

Public advised staying away from the crypto markets

The official also advised the public to stay away from the crypto market to avoid financial losses.

“We remind the people once again that virtual currencies such as Bitcoin are not legal tenders and have no actual value support,” Youping said.

Youping said that in anticipation of a potential rebound in virtual currency trading operations, the central bank, along with relevant departments, will monitor overseas exchange and domestic traders.

The report said that the central bank is actively working with the lead departments of the China Banking and Insurance Regulatory Commission.

Youping also revealed plans to block and crackdown on crypto exchanges, apps, and corporate channels amid PBOC’s resolute stand in cracking down the use of digital assets and blockchain.

China’s crackdown on the crypto market

Earlier this year, China launched its most intense crackdown on digital currency trading and mining since 2017.

Authorities raised concerns that the new asset class may be used in illicit activities such as money laundering and may worsen climate issues due to the rising energy demands of crypto farms in the country.

The PBOC reiterated last month China’s stand on the digital asset space, saying that it will continue to impose heavy regulatory pressure on the crypto market.

China working on its own digital currency

China is not embracing cryptocurrencies but the Asian giant is already working on its own central bank-issued digital currency.

The PBOC said that more than 20.8 million people are now using the digital RMB wallet in China and that users have already made over 70.7 million transactions worth $5.3 billion. 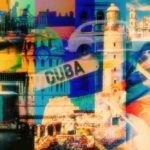 Cuba to recognize and regulate cryptocurrencies such as Bitcoin