China is back again as a key center for Bitcoin mining, despite the country outright banning the activity one year ago.

Previously China had been a major hub for Bitcoin mining and according to statistics released by the Cambridge Centre for Alternative Finance (CCAF) on Tuesday, May 17 it has once again re-emerged as a key player, as reported by the South China Morning Post.

Traffic from China contributed to around 20% of Bitcoin’s overall hash rate from last September last year to January. In July, evidence revealed that activity had dropped to zero as a result of a prohibition on mining enacted in May of last year.

However, as per statistics, mining activity in China made a swift recovery last year. After exhibiting almost no activity from China in August, the following month it was back up to 22.3% of the Bitcoin hash rate, coming in just behind the United States, which was at 27.7%.

The Cambridge Bitcoin Electricity Consumption Index (CBECI) is something that the CCAF puts out on a regular basis and is compiled using the geolocational data supplied by partnering mining pools.

The CCAF said in a statement:

Notably, the data “strongly suggests that significant underground mining activity has formed in the country. Access to off-grid electricity and geographically scattered small-scale operations are among the major means used by underground miners to hide their operations from authorities and circumvent the ban.”

According to CCAF, the momentary slowdown may have been caused by miners moving underground, given the sudden rebound in Chinese traffic.

“It is probable that a non-trivial share of Chinese miners quickly adapted to the new circumstances and continued operating covertly while hiding their tracks using foreign proxy services to deflect attention and scrutiny.”

Miners in China also utilize virtual private networks (VPNs) to stretch out their operations and limit the amount of power they use from any one place. This ensures that the local power provider is unable to identify any unusual patterns in the miners’ energy usage.

Just last week the Chinese high court rules Bitcoin has economic value and is legally protected as interest remains in digital assets in the nation. Meanwhile, China’s tech behemoths are displaying an increasing level of curiosity in non-fungible tokens (NFTs).

Finally, The People’s Bank of China (PBOC), China’s central bank, is continuing to test its central bank digital currency (CBDC) with yet another digital yuan giveaway with residents receiving 15 million in digital yuan. 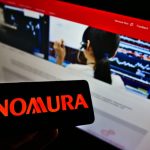