After the widely publicized crackdown by the Chinese government on anything that has to do with cryptocurrency, one of China’s most popular instant messaging and calling apps – WeChat – has banned crypto-related accounts on its platform.

Specifically, WeChat has recently updated its rules to specify that public accounts on its platform, which are involved in the issuance, trading, and financing of crypto and NFTs, will be limited or banned, as tweeted by crypto reporter Colin Wu on June 20, along with the link to the rules.

According to the updated rules, WeChat, which as per the tweet, has over 1.1 billion daily active users, has put “engaging in virtual currency or digital collection business” under its “Illegal business operations” clause and considers it as “violating content.”

Furthermore, it declared that:

In particular, these accounts include those of transaction and exchange businesses between virtual and fiat currency or between cryptocurrencies, those that provide, information, mediation, and pricing services for crypto transactions, as well as the accounts involving token issuance financing and cryptocurrency derivatives trading.

Additionally, this rule also covers “accounts that provide services or content related to the secondary transaction of digital collections.”

If such violations are found, WeChat states that it “will order the violating official account to rectify within a time limit and restrict some functions of the account until it is permanently banned according to the severity of the violation.”

That said, Finbold reported in late April that the country was trying to incorporate crypto into its operations by testing CBDCs through the issuance of 15 million yuan in digital RMB (e-CNY) to its citizens. Interestingly, the lottery was distributed using WeChat’s payment option.

More recently, in mid-May, the Shanghai High People’s Court ruled that Bitcoin (BTC) has a “certain economic value” and is a virtual asset protected by the country’s laws. The notice was posted by the court on its WeChat profile.

On top of that, relevant data has shown that 94 reachable mining nodes are still actively running on the territory of China, despite the country-wide ban on crypto mining, as Finbold reported in early June. 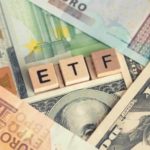