Leading Chinese tech companies, including Tencent, JD.com and Ant Group, have pledged to ban non-fungible tokens (NFTs) and crypto marketplaces as part of the country’s latest wave to outlaw the digital asset sector.

The pledge to usher in new guiding proposals to bring clarity to the NFT sector involving the signatories was published by China Cultural Industry Association on June 30.

Although the pledge is not legally binding, it acknowledges existing crypto sector regulations guiding the country’s blockchain-based products. The industry players also committed to not establishing secondary marketplaces to fight speculation.

“The specific contents include that the platform should have the corresponding qualifications according to the law, ensure the security and controllability of blockchain technology, adhere to the real-name system, strengthen the building of intellectual property protection capabilities, and resolutely resist the prevention of financial and malicious speculation, advocating rational consumption,” the document read.

Proposals not part of government stand

It is worth noting that the proposal was crafted by an industry association and other market operators but does not represent the official government stand. Based on the current Chinese laws, digital collectables in the country are viewed as a distinct market from the global NFT market and are exceedingly illiquid.

Additionally, the companies are required not to establish a centralised marketplace to facilitate the bidding, matching or anonymous trading. However, the proposals do not indicate if private transactions are also banned.

Notably, the pledge by the tech giants follows an earlier one by the country’s major financial firms that aimed to curb risks associated with the cryptocurrency sector.

Interestingly, despite China’s hard stance on NFTs, Ant, Tencent, and JD.com have entered the digital collectable space. The companies launched their NFT marketplaces on private consortium chains where users can only make purchases with the Chinese fiat currency. 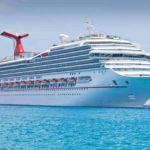