One of the largest cryptocurrency exchanges globally, Coinbase, to pay a fine of $6.5 million over allegations of inaccurate reporting and wash trading on its GDAX (Coinbase Pro) institutional platform.

A consent order by the Commodity Futures Trading Commission indicates that the offense occurred between January 2015 and September 2018.

The investigation also unearthed the role of Coinbase employees in the scheme.

“…a former Coinbase employee used a manipulative or deceptive device by intentionally placing buy and sell orders in the Litecoin/Bitcoin trading pair on GDAX that matched each other as wash trades. This created the misleading appearance of liquidity and trading interest in Litecoin,” CFTC said.

CFTC Acting Director of Enforcement Vincent McGonagle adds that the fine is a warning to the cryptocurrency industry over illicit practices.

Coinbase maintains no harm on users

In a statement, Coinbase notes that the CFTC probe shows the there was no harm on the users’ end. However, the exchange did not admit or deny the allegations.

“We proactively engaged with the CFTC throughout their investigation, and we believe that our conversations were constructive and contributed to an outcome that is satisfactory for both parties,” Coinbase said.

The CFTC probe comes as Coinbase prepares to go public through a direct listing. The ongoing cryptocurrency bull run has propelled the exchange’s valuation to soaring levels. The exchange currently has a value of almost $67.6 billion.

Coinbase hosts about 43 million users with close to 7,000 institutional customers. 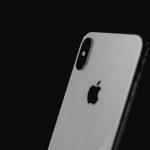 What we know about Apple's new iPhone 13, specs, release date, and more