Bitcoin’s recent surge to surpass the $12,000 resistance level is viewed as a perfect foundation for the digital asset to perform better in 2021. On Wednesday, Bitcoin hit a yearly high of $13,200 to become the highest price since June 2019 when it traded at $13,800.

The Wednesday all-time high for 2020 marked Bitcoin’s rise for the seventh straight day following months of underperformance. By press time, the asset was trading on exchanges at $13,056.

Cryptocurrency analysts believe that Bitcoin’s surpassing of the resistance level compared to Nasdaq 100 backing offers a clear picture of what to expect. Mike McGlone, who is a senior commodity strategist at Bloomberg Intelligence views the declining supply and high correlation as catalysts to another all-time high.

“Bitcoin breaching $12,000 resistance vs. the Nasdaq 100 backing away may indicate firmer underpinnings for the crypto in 2021. At similar levels since 2017, diminishing supply and the foundation of an 80% correction, along with an extended period of underperformance, favor BTC.”

The rising Bitcoin’s price indicates that there might be looming investor confidence backed by various happenings in the crypto industry.

Additionally, the ongoing economic uncertainty coupled with a struggling stock market has seen some crypto fans consider Bitcoin as an alternative source of wealth. However, the stock market might receive a boost if the US issues another stimulus package.

For example, the entry of PayPal into the cryptocurrency sector is viewed as a major catalyst. This week, PayPal announced that it plans to roll out a crypto service in the coming weeks. US customers will be able to buy and sell assets like Bitcoin and Ethereum through their PayPal wallets.

However, other analysts have disputed the notion that PayPal’s announcement is related to Bitcoin’s latest all-time high. According to analyst ‘CryptoHamster’, the surge was due to the minting of more of the stablecoin Tether instead.

Notably, Tether usually produces more of the stablecoin which then lows into Bitcoin. The latest mint saw $300 million USDT replenished the Tron Network.

On the other hand, trader and analyst ‘Cantering Clark’ believes that the door is open for Bitcoin to surpass its previous all-time $20k are quite possible.

Despite the varying arguments from various analysts, the contribution of cryptocurrency bulls cannot be underestimated. 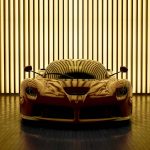 Ferrari recalls 1,063 of its 812 Superfast model due to rear window glitch