In a press release on May 23, the company stated that the development has resulted in the first two knowledge-based algorithms that govern the SHA-256 computation.

According to the firm, it has now moved to live experiments of Bitcoin mining through the standard version of the SHA-256 algorithm, with Quantum seeking to collect real-time data to reinforce the company’s existing database. The results were attained through a test dubbed Method A.

The team also deployed another testing dubbed Method B. The knowledge-based mining approach requires the deployment of a proprietary ASIC chip.

Based on the test’s success, it will improve the current Bitcoin mining theory of commercial ASIC chips. Already, theoretical analysis is showing improvement, but Quantum notes that experimental testing needs to confirm the results.

Quantum also confirmed ongoing tests on the Quantum version of the SHA-256 algorithm. The company is set to file another patent upon theoretical confirmation based on the outcome.

Francesco Gardin, the CEO and Executive Chairman of QBT, explained the company’s progress in improving existing mining hardware. According to Gardin:

“At the same time, we continue to improve the chip design of ASIC based traditional mining by optimising the SHA-256 algorithm and its silicon implementation. Our Quantum Computing team has now successfully achieved its first correct quantum computation of a reduced size version SHA-256 and is now scaling up to the full SHA-256.”

The UK-based firm added that it had attained a new milestone after performing simulations on an ‘extremely scaled down’ simulated Quantum version of the SHA256 algorithm. They allegedly produced exact results for the first time.

Quantum highlights that it aims to monitor if the number of Qubits available on the next phase of commercial Quantum computers will sustain the full SHA-256 computation. The task is scheduled for the next two months.

On publishing the subsequent results, Quantum stated that there is no specific timeline due to the complexity of the task.

Finally, the Quantum solution can be viewed as a significant milestone for the cryptocurrency sector, considering that Bitcoin mining has come under scrutiny for energy consumption. However, manufacturers have moved to improve current hardware handling the energy consumption shortcomings over the years. 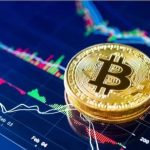