Speaking to Bloomberg Technology, Turner said that bitcoin alongside blockchain technology drives the shift towards renewable energy while stating that Tesla and CEO Elon Musk are misinformed.

According to Turner, blockchain technology moves away from environmentally unfriendly energy sources citing that his company is now using 56% of renewable energy to mine bitcoin.

Turner stated that if Musk was concerned about bitcoin’s use of fossil fuels, he should have scouted around for companies that process transactions with renewable power.

He added that Tesla’s decision will further derail the U.S. advancement in blockchain technology.

“For Elon Musk and Tesla, the reason I entered that discussion was to tell him to process your bitcoins with Core Scientific, because we’re a hundred percent carbon-neutral, it was to educate, both Elon Musk and Tesla with what the facts are… the other very interesting thing is that blockchain, which is one of the most important technology platforms of our lifetime. We’re absolutely behind the rest of the world, the United States. Asia is way ahead of us, Europe’s way ahead of us,” said Turner.

Turner further said that coal accounts for just 9% of mining, but the figure has been dropping while renewables are rising. Tesla said the reliance on fossil fuels to mine and power transactions is a cause for alarm.

He added that bitcoin miners aim to be responsible by exploring renewable energy sources that are more efficient and more effective. Turner also adds that the debate in bitcoin energy consumption will calm down as the world shifts to renewable sources.

Musk has been instrumental in the recent bitcoin rally with regular bullish tweets alongside Tesla’s $1.5 billion investment into the asset. After suspending bitcoin payments, the assets plunged to trade below $50,000.

With Musk emerging as a significant player in the crypto world, Turner says that the asset is here to stay. He said bitcoin is disruptive to the financial markets and central banks due to its structure.

Watch the video: Core Scientific CEO Fires Back at Musk on Bitcoin 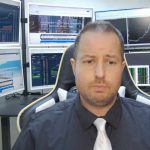