Although the cryptocurrency sector seems to be sailing on tranquil seas at the moment, certain indicators suggest it could just be the calm before the storm, at least for its largest asset, Bitcoin (BTC).

In another tweet, Van de Poppe stressed that he was also “expecting serious volatility to jump in with CPI and PPI,” referring to the Consumer Price Index and the Producer Price Index reports for September that are due to come out this week.

What sort of volatility awaits?

Considering the historical behavior pattern of Bitcoin, this volatility could either go up or down. As another crypto analyst Ali Martinez noted, “Bitcoin losing the $19,000 support level can spell trouble.”

Earlier, Martinez dubbed this level as “the most significant support level (…) where 1.3 million addresses bought over 680,000 BTC. BTC needs to hold above this demand zone as IntoTheBlock IOMAP shows little to no support below it.”

It is also worth noting that recent data indicated that Bitcoin’s volatility had appeared to cool down compared to traditional stocks – the Dow Jones index – as both asset classes continued to battle unfavorable macroeconomic factors like high inflation and interest rates, as Finbold reported.

As things stand, the market cap of the largest digital asset by this indicator currently stands at $372.54 billion, according to CoinMarketCap data. 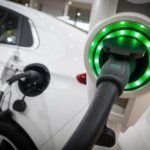