Polygon (MATIC) seems to be heading for some intriguing times, particularly in light of the most recent events, such as the recently confirmed partnership between the Ethereum L2 token and the Robinhood trading platform.

Notably, Polygon had earlier announced a collaboration with Robinhood, which had an effect on the price action of MATIC. The most recent announcement highlights the rapid development that is taking place behind the scenes. Given the cryptocurrency market’s volatility, investors are now curious about the price at which the MATIC token will trade in the near future.

Polygon is expected to trade at an average price of $0.885 by October 31, 2022, according to data gathered by Finbold on September 29 using the community predictions from at CoinMarketCap’s ‘Price Estimates’ tool.

The estimate represents an increase of 18.56% or +$0.13, with the result of the prediction formed by 3,713 votes at the time of publication.

No bullish reaction to the latest announcement

Notably, on September 27th, Robinhood made the announcement that its Web3 wallet will be launched exclusively on Polygon.

Despite the upbeat announcement, there was no significant change in the price of MATIC’s token. In spite of this, there is a possibility that the new launch may eventually cause a favorable shift in the opinion of investors. The MATIC weighted sentiment index remained within its lower range for the last four weeks.

Despite its modest performance, MATIC’s recent advancement is highly promising. It has the potential to improve MATIC’s performance, particularly over the long term. Currently, Polygon is trading at $0.735, down 0.54% on the day and 0.71% across the previous week.

Finally, MATIC has a total market value of $6.4 billion, at the time of publication, according to data retrieved by Finbold from CoinMarketCap; whether it can improve on this by the end of October, only time will tell. 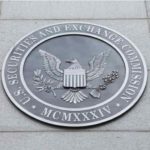