Despite XRP, the seventh-largest cryptocurrency by market capitalization, currently trading in the red, the crypto community predicts a positive outlook for the digital asset, estimating it will trade above $0.90 by the end of April.

Historically, the crypto community has predicted the prices of this cryptocurrency with an accuracy rate of 77.57% based on the success of estimates made over the last six months.

This prediction comes as Ripple, a software company independent of XRP but a player within the XRP ecosystem, is still waging a turbulent and headline-grabbing legal battle against the Securities and Exchange Commission (SEC). As Finbold earlier reported, Ripple expects it to drag on no longer than the second half of November 2022.

The lawsuit, which the SEC filed against Ripple and two of its executives in December 2022, alleges that the company had sold its token as an investment product without the regulator’s permission between 2013 and December 2020, when the SEC sued.

Despite measuring losses on the daily and weekly scale, the cryptocurrency has advanced over the monthly chart. It currently trades 6.49% higher than 30 days ago, when its price stood at $0.77. 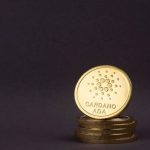