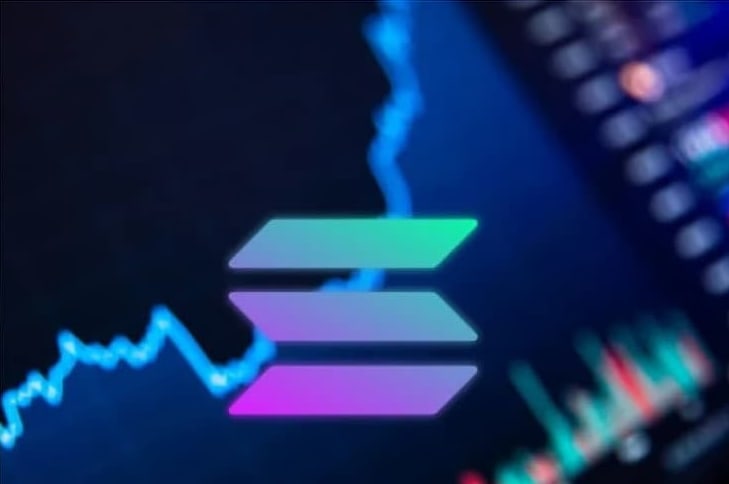 After experiencing an extraordinary 2021, the focus is on whether Solana (SOL) will sustain its growth in 2022 with an expected increase in the network’s use cases alongside adoption.

However, the asset’s growth has been slowed by the general cryptocurrency market correction, but a section of the ecosystem is betting on a possible SOL price surge in the coming weeks.

A CoinMarketCap community with a success rate of 85% is projecting that SOL will trade at $165 by the end of February 2022, a growth of over 77% from the assets current value. The prediction is based on votes by 11,456 community members.

Another 7,388 community members project that SOL will slightly surge to $166 by the end of March to gain 78% from the current value.

By press time, Solana had made slight gains despite the general market correction. The seventh-ranked digital asset was valued at $98 with gains of over 3% in the last 24 hours.

Besides suffering the impact of the general market correction, Solana’s price has also been impacted by negative feedback from network’s users over the past few days.

At some point, Solana’s traders and validators launched complaints about failure to execute transactions on the blockchain.

The network suffered reduced network performance, resulting in the failure of a number of transactions. The issues have since been resolved. The network error has emerged despite Solana prioritizing scalability. Notably, the network outages have cast doubt on the network’s ability to scale.

However, the prediction by the crypto community is potentially based on Solana’s use cases that are positioning the network as a competitor to Ethereum. The continued adoption of Solana by institutions and positive sentiments is a guide for the positive price prediction.

For instance, the Bank of America recently stated that Solana could become the “Visa of the digital asset ecosystem”.

In general, since its emergence in 2020, Solana has witnessed increased adoption to rank among the fastest-growing blockchains in the crypto ecosystem hosting projects in DeFi, NFTs, Web3 and more.

Although Solana is a relatively new blockchain, a section of the crypto community believes it will outperform Ethereum. Solana currently boasts of better performance in metrics like blockchain speeds and lower gas fees.

As reported by Finbold, Alfred Chuang, the general partner at venture capital firm Race Capital, stated that excitement in cryptocurrency trading will potentially drive interest in assets like Solana and Bitcoin.

Although Solana will potentially soar in future, it still faces competition from different underlying blockchains like Avalanche and Cardano.