As the increasingly popular yet largely unregulated cryptocurrency industry expands, it attracts a growing number of dishonest and malicious participants for whom the budding blockchain technology has presented new opportunities to get rich quickly.

Based on the industry’s growth and the information from previous years, crypto criminals will launder at least $10.5 billion by 2025, as forecast in the report “Following the Money in a Cross-chain World,” carried out by blockchain analytics platform Elliptic and published on November 30.

According to the study, Elliptic has, by 2022, “identified over $4.1 billion of illicit or high-risk crypto that has been laundered through either asset-hopping or chain-hopping,” made possible by decentralized exchanges (DEXs), cross-chain bridges and coin swap services.”

Taking this data into account, the platform goes on to predict that: 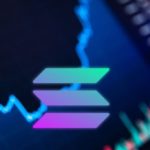 Furthermore, the study has also drawn attention to the sheer speed of increase in the rates of cross-chain crime, stating that “over $500 million had been laundered by 2020 through DEXs, bridges and coin swap services,” compared to $4.1 billion in July 2022.

“These services, which overwhelmingly facilitate legitimate activity, have nevertheless caught the attention of bad actors seeking new ways to launder their criminal proceeds.”

Notably, one of the most infamous crypto laundering incidents this year involved the crypto mixing service Tornado Cash (TORN), implicating it in the attacks on Ethereum (ETH) blockchain bridges by the North Korea-sponsored Lazarus Group, as the service received 75% of the total funds laundered.

In October, Finbold reported that more than $2.5 billion was stolen in the attacks by crypto hackers during the first three quarters of 2022, although their activities’ success rate had decreased by 43% in the third quarter compared to Q2.

Despite the Ethereum ecosystem being the most affected by these hacks, BNB Smart Chain (BSC) hasn’t been safe either, as hackers attacked BCS’s cross-chain bridge BSC Token Hub – the bridge between BNB Beacon Chain and BNBChain, resulting in the suspension of operations on the entire chain in early October.