Bitcoin (BTC) continues to trade below the $20,000 level as the market reacts to the positive August United States jobs report. Amid the correction in BTC’s value, the focus is on the asset’s next price action, with a section of investors suggesting a bottom has been attained.

In this line, crypto trading expert Michaël van de Poppe opines that the flagship cryptocurrency is likely to briefly correct further before rallying again in the coming weeks, he said in a YouTube posted on September 4.

At the same time, Poppe pointed out that there is a likelihood that Bitcoin has hit its bottom and is ready for a rally. However, he stressed that for the target to be achieved, Bitcoin needs to hold the 200-week moving average in market cap and remain above $19,000.

Overall, Bitcoin continues to tumble in the wake of the prevailing macroeconomic factors. By press time, the asset was trading at $19,800, dropping almost 1% in the last 24 hours.

It is worth noting that Bitcoin briefly rallied in the wake of the payroll data driving the general market to reclaim the $1 trillion market capitalization. However, the ongoing correction aligns with several analysts’ opinions that the favorable job market might negatively impact Bitcoin.

Interestingly, Poppe ruled out that the payroll data was responsible for the latest correction. He cited the G7 direction of putting a cap on Russian oil as a trigger, considering that the crypto market has traded in tandem with the equities.

Furthermore, amid the uncertainty, recent Bitcoin technical analysis indicates the future remains gloomy. As reported by Findbold on September 3, a summary of Bitcoin’s one-day technical analysis pointed to a strong sell at 16 while neutral levels stood at nine. 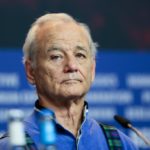