Bitcoin (BTC) is currently focusing on reclaiming the $18,000 level as the flagship cryptocurrency shows signs of a possible bullish breakout. With the asset making significant gains above $17,000, there is a general change in social sentiments around Bitcoin.

Indeed, as of December 14, the crypto ‘Fear and Greed Index’ social indicator has hit a 30-day high of 30 points. Notably, the cross-market sentiment gauge last ranked higher on November 8 at 31, according to data by Alternative.me.

It is worth noting that the social indicator hints to investors about possible upcoming price movement through an evaluation of the general market. In this line, increasing readings suggest that the index is likely moving towards greed, a state associated with many buyers, while lower reading points to fear that has engulfed the market.

In this line, the latest score comes after Bitcoin reacted positively to the latest Consumer Price Index (CPI) and inflation data that came in lower than expected. In fact, the data was a relief since it highlighted the Federal Reserve’s efforts to contain inflation were bearing fruits.

In recent months, fear has dominated the market as Bitcoin continued to trade below the crucial $20,000 position after being weighed down by inflation. Furthermore, Bitcoin’s potential to embark on a bull run was invalidated by the FTX cryptocurrency exchange collapse.

According to Bitcoin’s one-day  technical analysis, the asset is still relishing from a bullish sentiment with a summary aligning with ‘buy’ at 10 while moving averages are also for buying at 9.

Besides the positive impact of the inflation data, Bitcoin still needs the input of the bulls to reclaim the $18,000 position. It is worth bearing in mind that both Bitcoin bulls and bears have recently had almost equal strengths.

At the same time, Bitcoin investors will be monitoring other activities in the crypto space, such as the arrest of FTX founder Sam Bankman-Fried and the possible prosecution of the Binance cryptocurrency exchange in the United States.

However, the crypto community remains bullish about the future prospects of Bitcoin and the general market moving into 2023. As reported by Finbold, a poll by crypto tracking website CoinMarketCap shows that over 80% of crypto enthusiasts believe 2023 will be bullish with Bitcoin ranking among the main drivers. 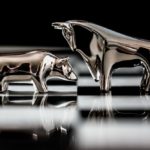 Over 80% of crypto enthusiasts believe 2023 will be bullish