The impact of the increasing entry of institutional investors into the cryptocurrency space is already being felt after inflows into the sector hit a record $4.5 billion during Q1 2021.

Data provided by digital asset management firm CoinShares indicates that inflows into the sector surged by 11% from $3.9 billion recorded during Q1 2020.

The data further shows that crypto investment slowed during the first three months of 2021 compared to the last quarter of 2020 where growth was 240%. As expected, bitcoin led with inflows worth $3.5 billion, with Ethereum coming a distant second at $765 million in investments.

Notably, most institutions have pumped money into bitcoin led by electric vehicle manufacturer Tesla (NASDAQ: TSLA), which invested $1.5 billion in the asset. The institutions’ entry resulted in bitcoin hitting a new all-time high above $61,000 on March 14, 2021.

With a focus on bitcoin, investors are looking for other breakout assets. FX trading platform OANDA analyst Edward Moya commented on the prospects of finding the next asset:

“There’s so much momentum that’s building, and people are scrambling to see where the other coins, aside from bitcoin, are going,”

The report notes that about 1.5% of the crypto assets under management accounted for active investment managers, a drop from the 3.6% recorded during Q4 2020.

The cryptocurrency market volume also peaked with averages of $11.6 billion daily. This is a record surge from the $3.5 billion in the last quarter of last year.

The report comes as the cryptocurrency sector on April 5, 2021, attained a value of $2 trillion in market capitalization, with bitcoin accounting for half at $1 trillion. 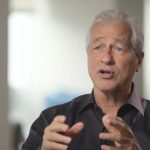