Rothschild Investment Corporation has increased its stake in the Grayscale Bitcoin Trust (OTCMKTS: GBTC) to about 30,454 shares. In a January 25, 2021 filing to the Securities Exchange Commission (SEC), the Chicago-based firm has increased its shares by about 6,000.

Before the latest filing, Rothschild reportedly owned about 24,500 GBTC shares as of October last year. At the time, Bitcoin was in a bullish phase but still trading below the $20,000 range.

The current total Rothschild Investment shares represent a value of about $1 million, with each GBTC share trading at $33.05 at the time of writing.

Rothschild increased stake in GBTC comes at a critical moment when the cryptocurrency space has embarked on a major bull run led by Bitcoin. The asset’s price peaked at an all-time high of above $41,000 in early January.

GBTC represents publicly quoted shares of Grayscale’s popular Bitcoin Trust, which accounts for over $24 billion in assets under management. The trust attained a key milestone during the fourth quarter of 2020 after reportedly generating $217.1 million in average weekly inflows. The asset manager allows investors to buy and sell public shares of the Trust under the symbol GBTC.

Grayscale have added 35,970 bitcoins (or $1,16 billion as of writing) during the last two weeks, according to GBTC Bitcoin Tracker. The purchase made the company one of the biggest institutional buyers in the Bitcoin market.

The investment of Rothchild in GBTC highlights the growing interest of institutions in cryptocurrencies. Grayscale, alongside other leading firms like MicroStrategy, has increased its Bitcoin stake, contributing to the asset’s surge in price. Additionally, payment giant PayPal began support for cryptocurrency transactions.

One factor to note is that institutions are increasing their Bitcoin stake as the asset is increasingly being considered a long-term investment platform. This has been backed by the fact that Bitcoin remained resilient across the 2020 health crisis. 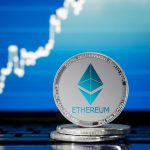