The cryptocurrency market appears to be attracting renewed buying pressure leading to minor capital inflow that has once again pushed the overall capitalisation above $1 trillion. In particular, the influx has been led by a rally in leading assets such as Bitcoin (BTC) and Ethereum (ETH).

In particular, the total crypto market capitalisation as of July 28 stood at $1.052 trillion, gaining $70 billion or a surge of 7% in the last 24 hours, according to CoinMarketCap data retrieved by Finbold.

Notably, the market appears to be influenced by large cryptocurrencies that have surged significantly in the last 24 hours. For instance, Bitcoin is trading at $23,000 with gains of over 7% over the same period.

The price movement can be deemed a positive sign for the flagship crypto, whose resurgence above $20,000 appeared shaky at the start of the week.

Focus on Bitcoin’s next movement

With Bitcoin mainly influencing the general market, its ability to sustain the current rally will be crucial to the sector. It is worth noting that Bitcoin is still attempting to stage a sustained rally after several failed attempts to get clear above $20,000.

Elsewhere, the second-ranked cryptocurrency by market cap Ethereum has maintained its upward momentum, trading at $1,600, surging over 10% within 24 hours. The decentralised finance (DeFi) crypto seems to be sustaining its gains after announcing an update on the Merge upgrade said to be slated for late September.

The upgrade will see Ethereum transition from Proof-of-Work (PoW) protocol to a Proof-of-Stake mechanism. Interestingly, the development has also recorded positive price movement among related assets like Ethereum Classic (ETC).

Besides Bitcoin and Ethereum, a previous Finbold report indicated that Quant and Ethereum Classic are among the assets leading in gains this week.

Reclaiming the $1 trillion market cap can be viewed as a positive sign in the push to end the crypto winter. However, with the recent correlation with the equities market, an end to crypto winter might face challenges, especially with macroeconomic trends like inflation.

Furthermore, the market appears to be defying developments in the regulatory space. This comes after the U.S. Securities Exchange Commission (SEC) launched a probe into crypto exchange Coinbase into whether the platform offers unregistered securities. 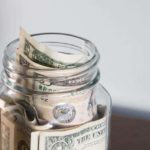