Digital asset markets have been lifted over the weekend following a slump last week that threatened to wipe out all gains over the past month.

Around $10 billion has been added to cryptocurrency markets over the weekend lifting total capitalization to its highest level for over a week. That figure has topped $330 billion once again according to Tradingview.com.

Bitcoin has been dictating the direction as usual as it pushes back in an attempt to reclaim $11k. The asset had remained flat for most of the weekend but made a push during Monday morning trading in Asia where prices reached $10,925.

This is the highest they have been since September 21, and there is resistance just above current levels, but just below $11k. This is the current psychological barrier that needs to be broken in order for Bitcoin to register significant gains.

Analyst ‘CryptoHamster’ has identified this resistance zone, adding that Bitcoin must remain in its current price zone in order to reclaim it.

Fellow analyst, Josh Rager, has been observing the weekly close stating that Bitcoin continues to uptrend and for the third week in a row has closed above the support.

“Weekly close looks good and don’t know why people continue to be overly bearish. Bitcoin got a short term pullback and -20% is nothing unusual,”

Bitcoin dominance, or market share, has also inched up recently and is currently at 61%. This metric has been down trending for the past year however.

As expected, the move by big brother has catalyzed the rest of the markets into action and most digital assets are printing gains this Monday morning.

Ethereum has made marginal gains over the weekend and has returned to $360. It is likely to mirror the movements of Bitcoin until there is bigger news regarding the launch of the first phase of the ETH 2.0 upgrade.

Bitcoin Cash and Chainlink have both had a bullish weekend with a couple of percent gained each while Cardano has reentered the top ten with a 6% surge over the past 24 hours.

Decentralized finance markets are also still climbing as the total value locked across all platforms tops $11 billion. Much of this has been driven by Uniswap which has just become the first DeFi protocol to top $2 billion in terms of liquidity lockup. 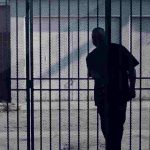