The total market capitalization for the cryptocurrency sector has reached an all-time high of over $900 billion as Bitcoin and Ethereum prices continue to surge.

The milestone figure of just over $900 billion has eclipsed the January 2018 high of $830 billion, according to charts by Coingecko.

Since the same time last year, total market capitalization has surged by 367% as the crypto-asset investment has been largely driven by large institutional funds.

Three years ago it was retail investors and traders getting in on the action during the Initial Coin Offering (ICO) boom but this time around the scene is very different.

Bitcoin and Ethereum are primarily driving the cryptocurrency market momentum as prices continue to surge to new milestones.

Bitcoin is currently trading a little off its all-time high of $34,500, according to Tradingview.com. That monumental high was hit on Sunday, Jan 3, marking an increase of 72.5% above its previous peak of $20,000, which came in December 2017.

In the hours that followed, prices have cooled a little to trade at $32,290 during Monday morning’s Asian session. The record high has pushed Bitcoin’s market capitalization to $616 billion, which puts it among the top ten companies on the planet, according to Companiesmarketcap.com.

In terms of market share, Bitcoin currently commands just below 70% as the majority of altcoins have yet to make big moves, with most of them still being way off their own all-time highs.

Ethereum is one that has lifted off today with a massive surge in prices as it tops four figures for the first time in three years.

ETH prices have literally taken off over the past few hours in a monumental pump to $1,050.

The big move has added over 30% to Ethereum prices in less than 24 hours as it barrels towards its own all-time high of a little over $1,400.

Other cryptocurrency movers and shakers

The rest of the cryptocurrency market is also enjoying the bullish momentum as big moves have also been seen with Litecoin, reaching its highest price since April 2018 at $167. Additionally, during the previous week, LTC managed to overtake XRP in a market capitalization for a short period of time.

Polkadot’s DOT token has finally awoken after months of slumber to surge to a new all-time high of over $10, while Cardano has skyrocketed 27% to reach $0.226. Chainlink is also performing well, adding 20% on the day to reach $14.50, while Stellar’s XLM is also getting a 16% lift today.

Getting left out is Ripple’s XRP token which has slumped massively following an SEC lawsuit that accused the firm of an unlicensed securities offering. 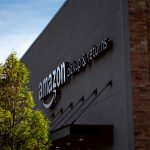