Cryptocurrency markets are back in the green again following a week of losses, and Ethereum is in the driving seat at the moment.

Ethereum has just powered to its highest ever price of $1,475 according to leading exchange, Binance. The move added almost 20% to the asset’s price over a 24 hour period as it lifted off from just over $1,200 on Sunday.

At the time of writing, Ethereum prices had retreated a little but the world’s second largest digital assert was still trading above $1,400. The total market capitalization for all cryptocurrencies was back over a trillion dollars once again.

The last time ETH prices were in this price zone was three years ago when the Initial Coin Offering (ICO) boom was driving momentum for the asset which was the vehicle of choice for raising capital for emerging blockchain projects.

With its recent price peak, the value of all ETH staked on the ETH 2.0 deposit contract was $4 billion. According to the Launchpad dashboard for the Beacon Chain, Ethereum’s proof-of-stake blockchain, there was 2.8 million ETH, or 2.5% of the entire supply, locked up and earning 9.3% APY.

There is another 7 million ETH, or roughly $10 billion worth, locked up across various decentralized finance platforms as liquidity for additional earnings. Just like Bitcoin before it, Ethereum is now becoming an asset to hold and earn on rather than trade for quick returns.

Gemini exchange co-founder Tyler Winklevoss reminded his followers of this narrative with a recent tweet;

Ethereum is not the only crypto asset having a big move at the moment as crypto traders load up on DeFi tokens, which are also surging.

UNI, the native token of the world’s largest decentralized exchange (DEX) Uniswap, has skyrocketed 25% over the past 24 hours to hit its own all-time high of $12.80, according to Coingecko.com. The 1inch DEX token is also making big moves today as it surges 22% to its highest ever price of $2.60.

Other DeFi assets, including Elrond, Aave, Compound, and Sushi, are all making double digits at the time of writing.

Currently, the total value locked in DeFi stands at $26.62 billion, marking yet another all-time high for the sector, according to DefiPulse.com. 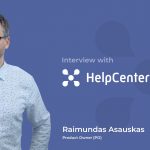