Cryptocurrency markets are correcting heavily as the week draws to a close following Bitcoin’s rapid decline below $30,000 a few hours ago. However, the $30k zone must hold, and at the time of writing, Bitcoin had reclaimed it to trade at $31,300 levels.

Over $150 billion has been wiped out from digital asset investments over the past 24 hours or so. Total market capitalization has declined from just over a trillion dollars down to around $840 billion a few hours ago, according to Tradingview.com.

Previous bounces down have led to lower highs on recovery, indicating that the correction is not over yet. A break below current levels could see the asset retreat as much as 40%, which puts it back at the $25k level.

Long term investors and Bitcoin whales such as RT’s Max Keiser were unperturbed and saw the move as a buying opportunity;

‘PlanB,’ the brainchild behind the famous stock-to-flow model, was also unconcernedly pointing out that the long-term price model is still on track, even with this current correction.

Bitcoin is known as the pied piper of crypto for a reason as the rest of the market blindly follows its moves. All of the altcoins are a sea of red at the moment, with many of them also dumping double digits on the day as cryptocurrency trading takes a massive hit.

Ethereum has lost 10% in a fallback to $1,150, but it is still hovering around its highest prices. Polkadot, which recently flipped XRP in market capitalization, has largely escaped the pain with a minor retreat keeping it above $16, while XRP has dumped 9%, declining to $0.26.

Other altcoins in massive pain today include Cardano, Bitcoin Cash, and Monero. 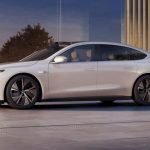