The Bank of England Deputy Governor Jon Cunliffe has said cryptocurrencies in the current state have no harm on the financial system.

Speaking to CNBC, Cunliffe stated that despite the cryptocurrency boom, the sector does not pose a risk to the financial sector’s stability. He said the current size of cryptocurrencies does not match the traditional financial industry.

Cunliffe’s view on cryptocurrencies comes after other jurisdictions like China launched a crackdown on Bitcoin, citing a threat to financial stability.

According to Cunliffe, the cryptocurrency boom is mainly due to the input of retail investors, hence less risk on the financial stability. However, he warned that the bank’s position is that investors should be ready to lose money with cryptocurrencies.

“There are issues of investor protection here. These are highly speculative assets. But they’re not of the size that they would cause financial stability risk, and they’re not connected deeply into the standing financial system,” said Cunliffe.

He added that regulators should start worrying once the crypto sector moves from retail investors to wholesale.

Cunliffe added that leading global regulatory bodies should come together and establish standards for the crypto sector. He noted there is a need to distinguish between speculative crypto assets and stablecoins, which are pegged on existing financial assets.

Currently, the Bank of England, alongside other central banks, is exploring the possibility of rolling out a Central Bank Digital Currency. Notably, China is leading the way in rolling out its digital yuan. In April, BoE had advertised job openings for a team dedicated to exploring CBDCs.

Furthermore, the Bank of England governor Andrew Bailey indicated that the crypto popularity might be a warning sign as investors look for value in digital assets.

Bailey had also criticized cryptocurrencies for lacking an intrinsic value despite offering an investment opportunity. For instance, Bitcoin has witnessed an influx of institutional investors who view the crypto as an alternative store of value. 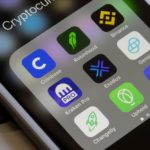