Cryptocurrency markets have been declining sharply for the past four days and the weekend witnessed even more losses.

Since the correction began on Wednesday, September 2, cryptocurrency markets have lost over $80 billion, or around 20%, to hit a six week low in terms of total market capitalization over the weekend.

Losses started to accelerate and total cap fell to around $300 billion, its lowest level since late July according to Tradingview.com.

During Monday morning’s Asian trading session, total cap gained a little in a return to around $312 billion but the selloff does not appear to be over just yet.

Bitcoin led the declines as it has failed to recapture the $12k price zone and fell sharply late last week in the wake of a global stock market slide. The king of crypto dipped below five figures over the weekend but has regained a little composure to return to the $10,250 zone at the time of writing.

Analyst, Josh Rager, noted that it has been the largest pullback since March and, in his opinion, was necessary.

Fellow analyst, CryptoHamster, added that Bitcoin appears to be oversold at the moment but could still fall further;

“Bitcoin is approaching an oversold state, but there is a room to fall still. In that case, such a bear flag could drag $BTC to ~8500$.”

Whatever happens to Bitcoin will no doubt be repeated across the rest of the cryptocurrency market.

Following a two-year high last week, Ethereum has corrected hard and dumped all the way back to $320 over the weekend. This is also a pullback that needed to happen following gains of over 100% since mid-July.

At the time of writing, ETH has regained a little and returned to the $350 price zone. If big brother dumps to $9k then Ethereum is likely to follow suit and drop back into the high $200s.

There are a few cryptocurrencies performing well this Monday morning and they include Chainlink, Polkadot, Binance Coin, and NEM, all getting a double-digit pump from weekend lows. Altcoins still in the red or flat on the day include XRP, Bitcoin Cash, Litecoin, Crypto.com, and EOS. 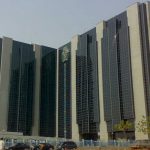