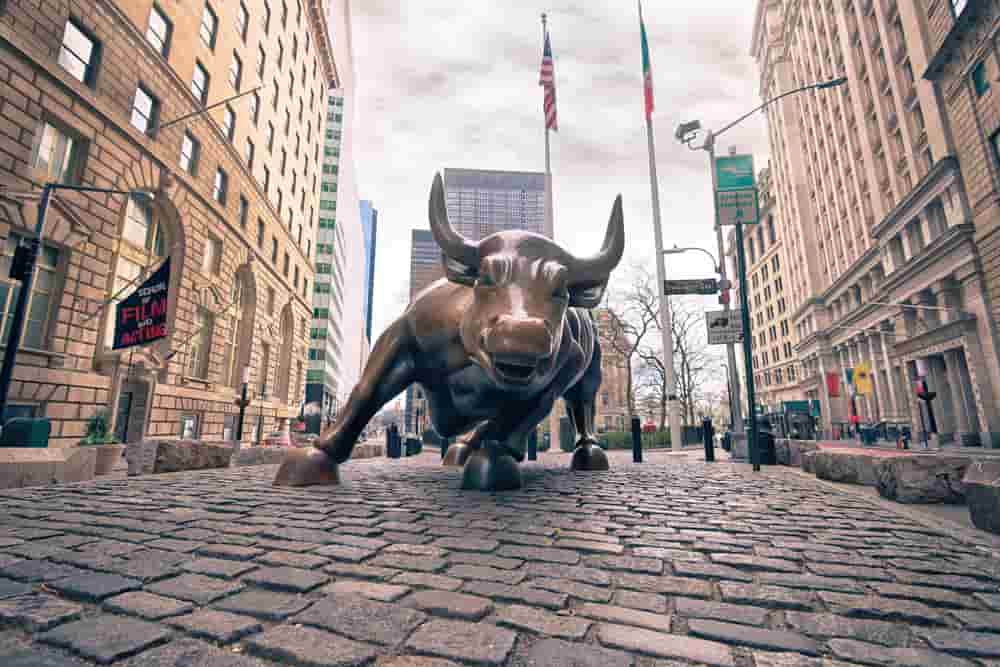 Stock markets that have been on fire recently may be starting to feel the crunch under the weight of their overinflated valuations. The U.S. central bank has been encouraging inflation and printing money like it is going out of fashion in order to keep the economy and markets afloat.

The stock bubble may be starting to burst however as a massive correction this week has resulted in major losses across the big bourses. The Dow Jones Industrial Average tanked nearly 800 points on Thursday while the Nasdaq Composite, which has been leading the rally, plunged around 4%. The S&P 500 tanked 3.6% from its intraweek high to 3450 points at the time of writing.

Thursday’s declines also wiped out the weekly gains for the major averages and knocked both the S&P 500 and the Nasdaq off their record levels.

Shares of major tech companies fell broadly in after-hours trading on Thursday with Apple dumping 3%, and Facebook, Amazon, Netflix, Alphabet, and Microsoft all falling a couple of percents each. Overhyped stock such as Tesla has also taken a big hit dumping almost 20% this week according to Marketwatch.

“Putting today’s market pullback in context, this takes the S&P 500 all the way back to where it was—wait for it—last Wednesday. Markets go up and down, not just up as we’ve seen lately.”

As expected, stock markets in Asia also slipped on Friday with Japan’s Nikkei dropping 1%, Hong Kong’s Hang Seng falling 1.8%, South Korea’s Kospi declining as much as 2.6%, and Australia’s ASX 200 slumping 2.8%. The CSI300 index, which tracks performances on both the Shanghai and Shenzhen markets, dropped almost 2%.

In the world of forex, the greenback has ended the week mixed against a basket of currencies as demand for the reserve currency starts to dwindle.

Cable failed to hold the 1.330 threshold, as never-ending Brexit woes and trade talk tangles continue to hamper the United Kingdom.

AUD/USD and USD/CAD pairs also fell to trade at weekly lows, however the EUR/USD pair recovered some ground in a move towards 1.187.