Digital asset markets have been on the move this weekend with an additional $8 billion flooding back into the space. Ethereum has been leading the charge as its network fundamentals continue to strengthen.

Over the weekend, cryptocurrency market capitalization rose to its highest level since the end of February. The figure hit $273 billion on Sunday which is a three month high.

Bitcoin has been performing well, spiking above $9,700, but a pull back during Monday trading in Asia has dropped it back to around $9,550. Analysts have observed that May was a good month for BTC with an overall gain of 9% for the period according to Coinmarketcap.com.

Josh Rager has eyed a higher resistance level to break for the uptrend to continue;

“Want to see buyers continue to push above $10,173 on a weekly close for a higher-high on the trend,”

However, it was pointed out that things are still technically in a bear market until there is a higher high above $10,500. One has not been made since 2017.

For a true bull market to be recognized this resistance barrier must be broken for BTC to move out of its month-long range bound pattern.

Ethereum has been dominating the weekend action with a 9% surge to reach $240. This is the highest price ETH has been at since early March. As previously reported by Finbold, Ethereum network metrics are constantly improving with new highs for active addresses, ERC-20 stablecoin issuance, gas usage, and balances on exchanges such as Binance recently being made.

Prices are finally starting to react to the fundamentals and Ethereum has now topped $26 billion again in terms of market capitalization. Traders are eyeing resistance levels for a pullback soon, but prices could continue steadily higher as there is more accumulation in preparation for proof-of-stake.

Most of the major high cap coins are retreating slightly at the moment following their weekend gains. Bitcoin Cash, BSV, Litecoin, Binance Coin and Cardano are down a couple of percent on the day.

Still making solid progress is Chainlink which has spike 7% over the past 24 hours to reach $4.35. NEO is also on a roll at the moment with an 8% surge to reach $11.70. Other altcoins performing well at the time of writing include VeChain, Enjin Coin, Zilliqa and Holo. 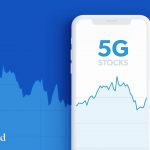