Cryptocurrency markets have bounced back during early trading in Asia this Monday following a weekend slump which threatened to send prices tumbling further.

Around $9 billion has returned to cryptocurrency markets since Sunday when a sharp decline sent total market capitalization to a five day low. The move has resulted in a return to $277 billion in the total cap as Bitcoin flirts with five figures once again.

The king of crypto faced heavy resistance last week in the mid-$10k range, which it failed to overcome. This sent things south and fears of a major selloff started to seep into market sentiment. Since then, BTC has managed to hold ground above $9,500 and make a gradual push higher again.

The asset peaked at $9,800 a few hours ago according to Tradingview.com, which represents a 3% gain on the day. Analysts are still skeptical and are largely in agreement that further losses are likely following the failure to register a new higher high on the longer-term trend.

Analyst ‘CryptoHamster’ has identified a possible Wyckoff distribution pattern playing out for BTC. However, this chart pattern has yet to signal the next direction for Bitcoin, but down seems to be the more likely.

In a related development, the world’s leading crypto exchange Binance has been blocked from Twitter again over the attempted hacking of its account.

Exchange boss, Changpeng Zhao, vented his frustration at the social media company for its lethargic response to support requests and unlocking the account.

“Twitter Support took 48 hours to reset last time, which was from Jun 3-5, only 2 days ago. This is happening a bit too frequently.”

Ethereum has held on to most of its recent gains as it holds on to the $245 price level. Its chart pattern has mirrored that of big brother, unsurprisingly, so any big move for BTC is likely to be echoed by Ethereum.

Ripple’s XRP token has dropped down to fourth spot in terms of market cap as Tether keeps minting new stablecoins. XRP remains bearish at around $0.20 and is unlikely to break out of this pattern until a solid bull market takes hold.

The rest of the altcoins have been little changed over the weekend but those gaining at the moment include CRO, Tron and Maker. 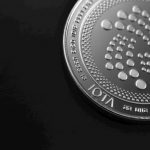